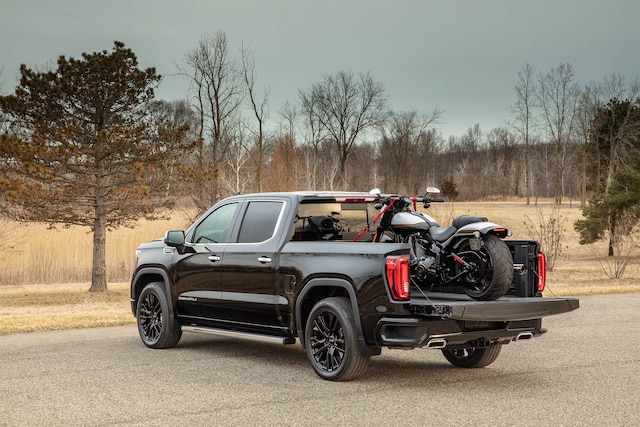 At Super Chevy we call them factory hot rod trucks and the event of half and ton pickups getting hopped-up before they roll off the assembly line is nothing new, but Chevrolet just added fuel to the fire. Reading the release was a flashback to GM's mid 200th Century repressive policy towards factory-backed racing but there it was hidden away in a news release like GM is still out of the performance game. The L87 6.2-liter will be available with a Performance Upgrade Package in the General's words, "For those wanting even more performance, the Silverado 6.2L is available with a Performance Upgrade Package that adds a performance air intake and cat-back performance exhaust system, raising output to 435 horsepower and 469 lb-ft of torque,"

A dealer installed option reminiscent of the Impala SS debut in 1961 and a harbinger of things to come the 2019 Chevrolet Accessories catalog offered a performance cat-back exhaust system and cold air intake validating what has been available on the aftermarket for years. The PUP combination picks up 15 horses and 9 lb-ft of torque to the L87's standard 420 horsepower and 430 lb-ft. of torque.

Pinning down the Typhoid Mary of factory hot rod trucks is kind of like proclaiming who introduced the first muscle car. Was it the pre-war Buick Century, the 1949 Oldsmobile Rocket 88 or any number of cars dating back to the dawn of the automobile? It was 1932 when Ford introduced a V-8 powered pickup and 1955 for Chevrolet and GMC. Dodge made a firmly committed factory authorized hot rod truck volley in the mid-60s. Dodge availed in the 1964 Dodge truck brochure a high-performance package HPP 365-horse 426-inch Wedge with a host of high-performance appropriate options. And Ford extremely active in 60s Motorsports from Le Mans to Indy wasn't blind to hot rod pickups adding support to Jack Whitby's 427 powered 1963 "F-100 XL." The 1963 Ford F-100 Big-Window Unibody was fully trimmed with all Ranger options and built by Ford Motor Company's Experimental Racing Division. Chevrolet could have done something with a 409 in late '61 but it was 1966 before the de-tuned truck version of the 327 was available in Chevy pickups.

Okay enough about the old days wouldn't it be great to see a 2020 shootout comparo of the Big Three's hot rod truck offerings? Because one can't buy a regular cab shortbed from Ram or Chevy only Ford and no one offers a decent high-performance engine available for a base model shortbed truck it wouldn't exactly be matched race. More like one those goofy Grand Tour comparos where random obstacles encountered racing through an abandoned warehouse and into a gravelly parking lot produces unpredictable results. On the other hand, why not get serious and contact the folks at Truck Trend to see if they can't put something together We'll drive the Chevy Mopar Muscle are you guys in?