From Russia With Make Love Not Cars 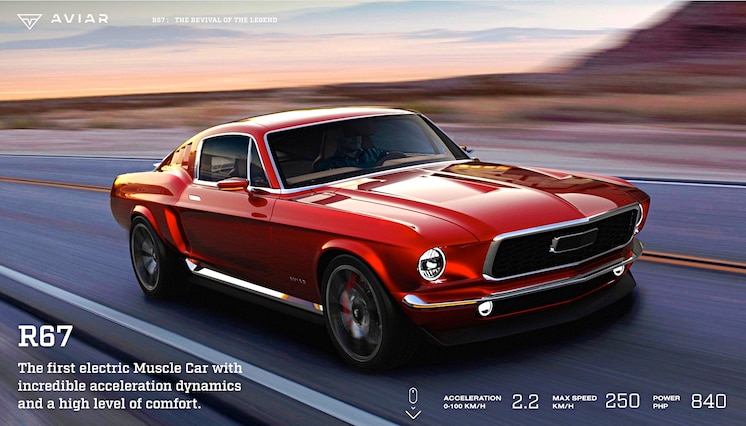 What comes from Russia, rhymes with caviar and smells like a kid’s Lionel electric train when it accelerates hard? If you gave up, and can’t think of an answer it’s called the Aviar R67 and its Russia’s entry into the electric muscle car market. For those of you old enough to remember the 1970s when the latest and greatest car made in Russia looked like a badly proportioned 1956 Packard, or a 1947 Austin A40 with a thyroid problem it looks like those days are long gone. Well, maybe not exactly gone the Russians did copy the lines of a 1967 Ford Mustang, a design that is over 50 years old, but at least they didn’t go after a Pontiac Aztec, or Jeep Renegade’s manly looks.

It’s not likely the Aviar R67 will ever be sold in the United States, but Canada has a history of selling Russian vehicles… Think Ural motorcycle with a sidecar, or the trusty little Lada SUV with its famous ability to disappear into a pile of Moose Jaw rust particles. Or does the Russian Aviar R67 really exist? Look closely and try to decide if all the images are computer generated, or the real deal. And did you notice the Russians still have a thing for the color red, the Aviar R67 is shown in Candy Apple Red.

10 Must-Watch Storylines in NASCAR This Year