Without the Ford Mustang, There Would be No Camaro 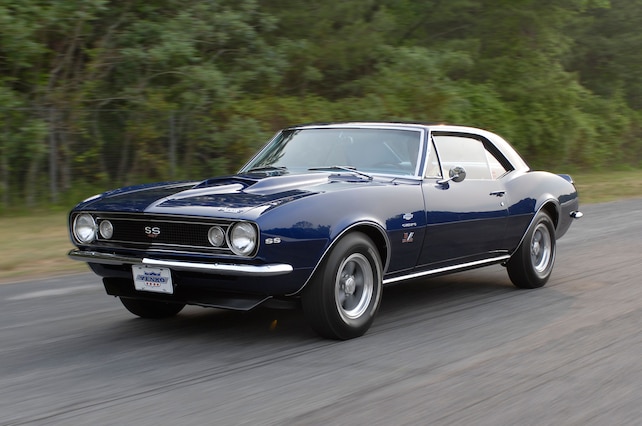 In the past few months I’ve cut back spending personal time trolling Facebook and set more focus on the real part of my life and what’s most important: my family. My cars are up there, too, of course, but recently witnessing so many of my Facebook friends—in real life, too—expose their rather ugly political side and turn their social media pages into elevated soapboxes has became somewhat tiring. It’s strange to watch my “quiet” friends become uncharacteristically loud and go off the proverbial deep end to express their extreme disappointment or extreme happiness regarding the recent presidential election. All of a sudden “unfriending” those who have opposing political views has became more popular than Trump’s misspellings on his Twitter account (dude, get a freaking copy editor). Sign of the times? Quite possibly.

So with all this negativity going down I felt the need to write something positive. Just to give you an idea of how long the production cycle for CHP takes before the magazine goes to print or online, I’m scratching out this editorial just two days before the Thanksgiving holiday. This got me in the mood to share some of the things I’m thankful for.

So here goes … Besides being thankful for the obvious things like having a great family and cool friends, I’m also thankful for the early Ford Mustang. Now, before you wish me into the cornfield, hear me out. If it weren’t for the Ford Motor Company’s forward thinking and introducing the Mustang in 1964, it’s likely there would be no Camaro. How can that be, you ask? Well, with the Mustang being so successful, GM wasn’t about to sit back and let Ford gobble up that huge car-buying youth market all to themselves. At first, the GM executives thought they had everything under control by marketing the Corvair to the same young drivers as the Mustang. Unfortunately, they didn’t bite. GM needed something to compete with the Mustang, and fast.

With Ford having a big head start, GM engineers got on the ball and not only delivered, but they did so in a big way by answering back with the 1967 Camaro. It had more style and performance than the early Mustangs had ever dreamed of and GM was able to use sporty European style and handling performance to entice the same youth market to come on over and grab the wheel of a Camaro. This was an absolute game changer. In fact, along with the Camaro’s introduction, also came the birth of the legendary Trans-Am ponycar wars of the late-’60s.

So even though Thanksgiving has long passed and the tryptophan has thoroughly run its course, I say we give a shoutout to things we normally don’t give a second thought to. So while I’m thankful for the Mustang, I’m really thankful to the GM engineers for setting their sights on building not just a car to compete with the Mustang, but by building a legacy that has lasted longer than anyone could have ever imagined. And if you think the ponycar wars is merely a thing of the past, think again. Any Camaro or Mustang owner will be more than happy to fill you in, just be careful when picking sides; the unfriend button is just a mouse click away.