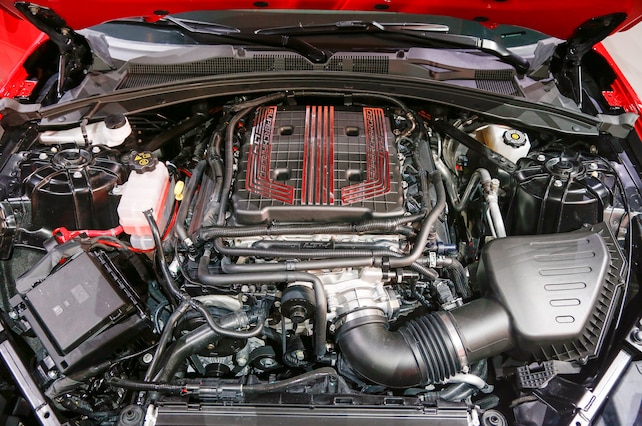 When GM showed the new 2017 ZL1 to the world at the New York International Auto Show earlier this year the Chevy marketing crew were a bit vague on the power output. As we recall the term was that it would have “at least” 640 hp and 640 lb-ft of torque. Now those are pretty stout numbers that we would be more than happy with. So, we figured 642 hp or similar. After all, the Z06 ‘Vette puts out 650 hp and Chevrolet always keeps the Camaro under the Vette in terms of published power numbers.

Well, someone leaked an order guide for the 2017 Camaro lineup and it was posted on the forum Camaor6.com. On this form the ZL1’s output, from its supercharged engine, is a whopping 650 hp and an equal amount of torque! Well, that’s the same as the ‘Vette, so will GM be upping that power number just a bit?

Even if the two end up sharing the 650 hp power output number the 2017 ZL1 will have one technological advantage. It will be running the new 10-speed automatic trans while the Z06 will still be flipping through 8 gears. Nice to see Chevrolet ratcheting up the performance on both cars, although there’s some cool “secret squirrel” stuff going on with the Corvette, including a rumored mid-engine version.

This time around it’s a pair of badass Camaros separated by 50 years of technology and innovation: a 1967 RS big-block and a 2017 ZL1 with a blown LT4!