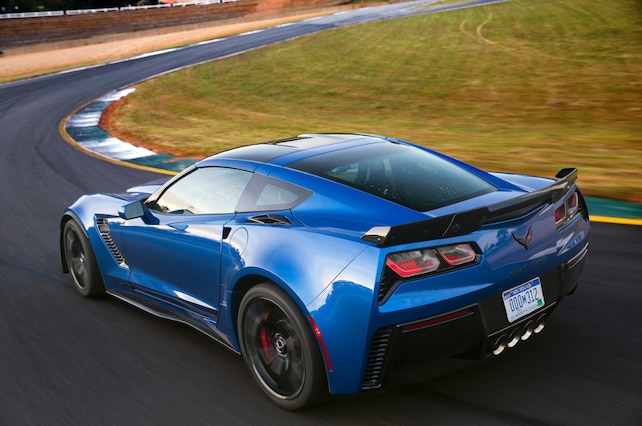 In case you were wondering what ever happened to those official 2015 Corvette Z06 lap times at the Nürburgring that Chief Engineer Tadge Juechter promised us last month, the famous track banned lap record attempts after a race spectator was killed in March at an endurance race. Now, supposedly, they don’t even want manufacturers to publicize lap times made prior to the ban. The policy will be under review at the end of the year when it could potentially be repealed, though prospects look bleak. That leaves the Corvette team in limbo.

An anonymous source reported to AutoWeek that the 2015 Corvette Z06 with a Z07 package clicked off a 7:08 on the Nordschleife. If that is in fact true, it is no wonder Tadge is dying to tell us about it. As we previously reported, the C7 Z06 would be equal to the 2015 Nissan GT-R Nismo, but behind the Porsche 918 Spyder and Lamborghini Aventador LP 750-4 Supervolece on the unofficial list of fastest production cars. That is exclusive company, indeed. All of which are all-wheel-drive.

On GM’s own Milford Proving Grounds (aka “The Lutz Ring”), the C7 Z06 was said to be substantially faster than the C6 ZR1. This begs the question: how much faster can the Corvette get without switching to all-wheel-drive or mid-engine? Without a way to drop a significant amount of weight, which seems unlikely, it appears near impossible. Though it may pain the purists to do it, don’t be surprised if that “Zora” chassis becomes a reality. Otherwise, the Corvette could get left in the dust.

According to this video, testing was done in mid- to late-May.