Genovation Cars is finishing up development of a 2006 Corvette Z06 powered by a 700hp, 600 lb-ft electric motor. 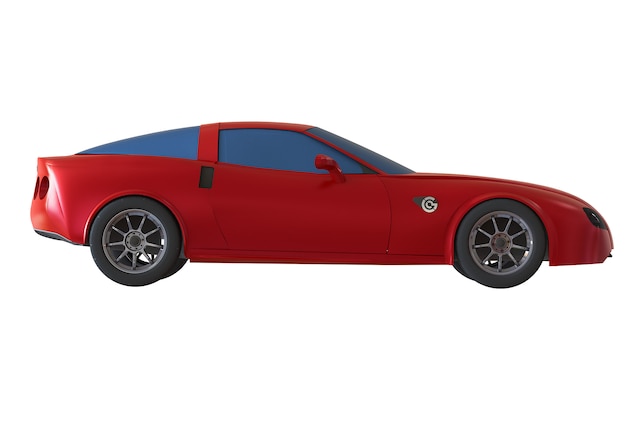 With so much buzz about all the new hypercars, faithful Corvette enthusiasts may have been wondering when GM was going to get in on this action. After all, the Europeans have certainly proven that the instant torque electric motors afford could be used for performance purposes, not just smog-fighting commuters for the smug. Genovation Cars has decided to pick up the slack by developing an electric motor conversion for a 2006 Chevrolet Corvette Z06 they are calling the Genovation Extreme Electric or GXE.

“We are using state of the art inverters, batteries and electric motors that will produce in excess of 700-hp and 600 lb-ft of torque,” said Genovation CEO Andrew Saul. “We expect the car to achieve 0-60 mph in around three seconds and have a top speed of over 200 mph. And, most of the parts are designed and built in America.”

In case you are wondering about the Corvette’s delicate weight balance, Genovation says the C6 GXE has a near 50/50 weight distribution that is optimized for low center of gravity. The batteries have a 150-mile range during “normal driving.” The prototype is being developed to retain typical factory equipment such as power steering, brakes, air conditioning, and heating.

An MIT electrical engineer and a mechanical engineer from Cosworth are being employed to make this dream a reality. Assembly of the GXE will be finished by the end of this month, according to Genovation, which will be followed by a three-week testing phase. Genovation intends to take the GXE for hot laps at “various tracks” in the hopes of setting records for a street legal electric car. Genovation also hopes to exceed the 177mph top speed record by a Finnish prototype recorded last summer.

The GXE will be on display in mid-September at the Electric Vehicle Technology Expo in Michigan. Andrew Saul founded Genovation in 2007, which designs and manufactures “advanced green vehicles.” Check out www.genovationcars.com for more info.