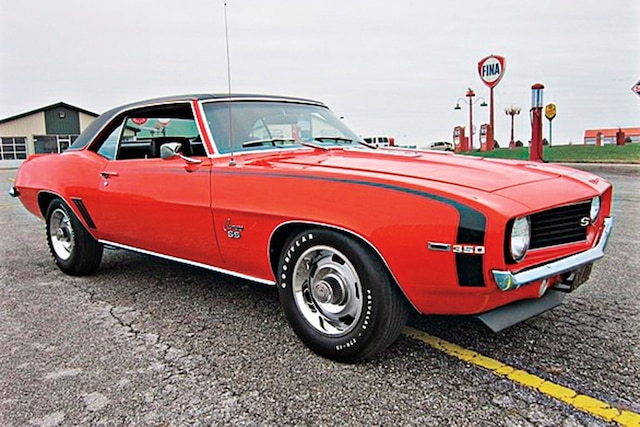 Back in January, GM announced official pricing for the new Z/28 hitting showrooms this spring. Base sticker will be $75,000 (which includes the $995 destination charge) before tax, title, license, and dealer fees.

The new Z/28 is offered in five exterior colors—Red Hot, Black, Silver Ice Metallic, Ashen Gray Metallic and Summit White. Only a single option is available: A $1,150 package that adds air conditioning and a total of six audio speakers. The standard Z/28 package includes one speaker. The Z/28's unique exterior is designed to produce downforce for greater grip—up to 1.08 g in cornering acceleration—and faster lap times.

"The Camaro Z/28 is an uncompromising performer that's bred for the track—and every one of its unique components supports the goal of faster lap times," said Mark Reuss, president, General Motors North America. "It takes the Z/28 back to its racing roots and adds to the strong lineup of Chevrolet performance cars, including a revamped Camaro SS and supercharged ZL1, as well as the SS sedan, Corvette Stingray convertible, and 2015 Corvette Z06."

We get our chance to drive it shortly. We'll be pitting an all-out g-machine against the Z/28 at Barber Motorsports Park in Alabama for our next issue. Read all about in the June Super Chevy, and be sure to check out our videos at superchevy.com.

Chevrolet Racing Cleans up in 2013

The year 2013 was one of the best ever for Chevrolet Racing. The most successful manufacturer in motorsports once again, Chevy claimed 14 championships: three in NASCAR, one in IndyCar, two in Grand-Am, three in World Challenge, and five championships in ALMS.

And as you're reading this, Chevy is already well on its way to dominating 2014!

Here's a quartet of interesting cars that we found in different auctions and/or for sale online.

While perusing the 2013 Mecum Kansas City auction results, we came across this seemingly excellent buy. For less than the price of a new Camaro SS, you could own this Fathom Green, purported factory L78/four-speed Chevelle. Selling for $35,000, among its options are the factory tach and gauge package. The 375-horse 396 was said to have been rebuilt in 2004, and the paint was resprayed in 2010.

Staying with one of the most popular years ever for Chevrolet, we also came across this numbers-matching SS350. Factory Hugger Orange with deluxe interior, it had the center console and gauge package, black sport striping and black vinyl top. California car still with its black plate. Sold for $36,000, again, less than the price of a new Camaro SS. Pretty good deal for one of the most popular Chevys of all time.

Over on Craigslist, we spotted this '55 wagon not far from the Super Chevy Florida office. Owner says the floors are solid, but it needs rockers and a lower fender kit—all easy to handle with the plethora of '55 parts now available. Claimed to be running and driving, but needs some brake work. Only 17,936 of these wagons were built, out of 1,736,723 total '55s, making this an uncommon piece at a good price of $6,800. 1966 Impala Sport Sedan

We posted a pic of this one to our Facebook page for a four-door versus two-door debate. With 92k miles on the odometer, this clean, all original, 327/Powerglide, factory A/C Impala was listed for $5,500. Running, driving car with most of the brake system replaced, driven often, and the A/C only needs a Freon charge. For a turnkey, family-friendly cruiser, $5,500 seems a great deal to us.

Reach for the sky. Preston Carden’s 1956 Chevy gasser has a perfect stance and an injected small-block V-8.

Jason Chinn bought his 1957 Chevrolet 150 at a Mecum auction in Florida and wanted to make some changes of his own to it after bringing it home.