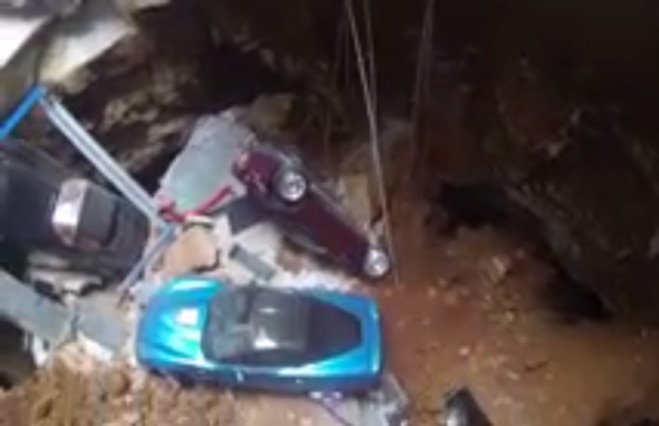 February 13th, 2014 is a day that will go down in infamy for Corvette fans the world over, as the day that a structural collapse due to a sinkhole, swallowed up eight historic Corvettes at the National Corvette Museum in Bowling Green, Kentucky. Theories as to the cause have spanned from fracking to sabotage and divine intervention; however, Jason Polk from the Western Kentucky University Geology department assures us that sinkholes are a natural phenomenon. Structural and geological engineers have ensured that the perimeter is safe, however they are still formulating a plan of action to remedy the situation. Executive Director of the museum, Wendell Strode, said the cars can be saved, and fully intends to do so. For a full story on the Skydome collapse, check out our post from yesterday (by clicking here). Below is footage from the security cameras in the building as well as from a remote-controlled (drone) helicopter.