The Unmistakable Chevy car-truck still has a cult following 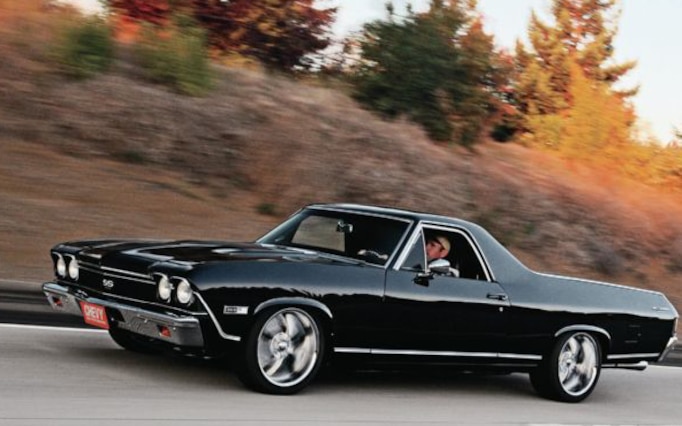 55 years ago Chevrolet began selling the El Camino, a sedan-pickup, was the answer to Ford’s Ranchero, and to this day the El Camino still maintains a cult following. The Ranchero was inspired by the Australian “ute” (short for coupé utility), which describes a car that could both carry a wife and farmer to church on Sundays and sell pigs in town on Mondays. The idea didn’t quite take-off in America as expected in the late-50s and early-60s, but by the ‘70s, with the more powerful SS model, the Chevrolet El Camino was gold.

The Chevrolet El Camino was first available for sale on October 16, 1958. The car was built on the Impala platform at the time, featuring “cat’s eye” tail lights and huge rear fins. At the time, GM ads claimed the El Camino was "the most beautiful thing that ever shouldered a load!" and "It rides and handles like a convertible, [yet] hauls and hustles like the workingest thing on wheels." The car was sold for two years, but was discontinued after unfavorable sales numbers.

By 1964, Chevrolet reintroduced the El Camino nameplate, however, this time built on the Chevelle wagon platform. By 1968, the optional SS engine made the El Camino an iconic muscle car of the late 1960s and 1970s. The car-truck survived for 23 years until Chevy discontinued the El Camino for good in 1987. In 2008, with resurgence in car-truck popularity, the late Pontiac considered resurfacing the name El Camino nameplate with its “sport truck” concept car, the G8 ST, but due to the financial difficulties of 2008-2009, GM discontinued the Pontiac brand all together in 2010.

Though the El Camino name has not seen the fender of a car since 1987, the interest surrounding the car still exists today. From autocross racing, to restoration projects – and everything in between – there are certainly enough El Caminos out there for anyone looking to nab one. All you need is a love for the car-truck platform and deep rooted love for Chevrolet. If we’re lucky, maybe one day we’ll see the El Camino live on; possibly for its 60th anniversary?

» Read More
The Too Fat Follies

Where did the notion come from that adding more fuel to an engine makes more horsepower? It’s one of those automotive myths that clings to life even in the new millennium.

Check out the 2001 Best Chevrolet Picks, brought to you by the experts at Chevy High Performance Magazine.