We sat down with founder Reeves Callaway to talk basics 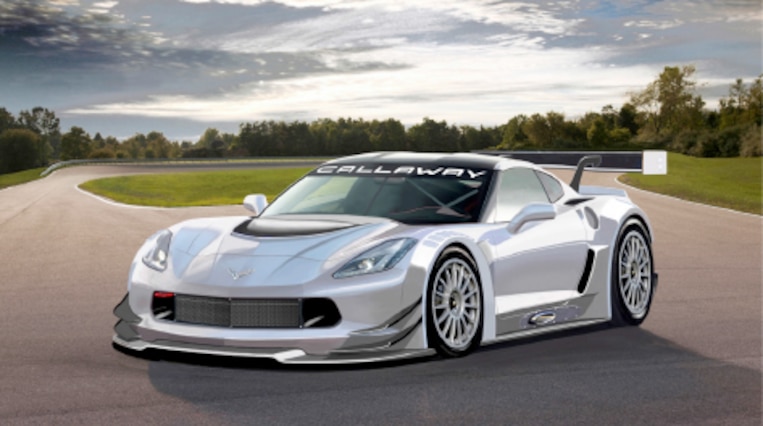 Callaway Competition is at it again, this time building the C7 Corvette FIA GT3 competition car. An automotive engineering and manufacturing corporation, Callaway is known for previously building the C6 Corvette Z06-R which won the 2007 FIA GT3 Team Champion, 2009 German ADAC GT Master Manufacturer Team Championship, and the 2008 and 2010 FIA GT3 Drivers Championships. Callaway Cars was founded in 1976, and still operates out of the original headquarters in Connecticut. The company consists of four entities: Callaway Cars, Callaway Carbon, Callaway Engineering and Callaway Competition; they are also located in California and Germany.

We sat down with Reeves Callaway, the founder of Callaway Cars, for a brief, back-to-basics conversation. He talked about the GT3 race, the partnership with Chevrolet, what’s great about the new generation of Corvette, and the specs for the car. The GT3 C7 Corvette will be built with approximately 40 employees.

Q: Why build with Chevrolet and the Corvette?

Reeves: “We’ve had a partnership with Chevrolet for 26 years, and the Corvette is a good starting point aerodynamically, cooling, and breaking.” Callaway went on to explain that the Corvette features an engine that’s low and further back than other mass-manufactured cars; the fuel is low and lends itself to better weight distribution; the suspension is forged from the factory, making the Corvette already a racecar. “You see steam coming out of people’s heads when you show-up in a Chevrolet,” said Callaway. “It’s great to change people’s minds, especially Europeans.”

Q: What does it mean to Callaway Cars to win the GT3?

Reeves: “[It’s] a feather in our cap,” said Callaway. “Anything we can do to bolster the Corvette helps get eyes on us.” He went on to explain that building GT3 racecars is not a money maker off the bat, it’s generally more profitable to service the existing cars as they compete. The GT3 ensures all cars will be sold from the racecar builder to the driving team for a price tag between $400-500k. “If you’re selling a car for $470k, that doesn’t give you much room for profit,” said Callaway.

Q: What are some GT3 logistics, how does it differ from other races, and what are the rules?

Reeves: We talked to Callaway for quite some time about the GT3 series, he taught us a great deal about the competition from the builder’s point-of-view. First, each car that will compete needs to be built on the original chassis that the car manufacturer produced. Second, the builders buy a basic factory car and begin the homologation forms that include a document roughly 300 pages long describing in detail, down to every rivet, what the builder plans to do with the car. After being approved by the original manufacturer, the forms are submitted to the Fédération Internationale de l'Automobile (FIA) and await approval.

The next step is building the car, and then performing excruciating testing at the Paul Ricard Circuit near Marseille, France. While at the track FIA drivers drive each car and comb through them with measuring instruments to properly asses that they’re within the limits of the GT3 standards. They’re also checking that the builder has brought a car that matches, to a “T”, the exact measurements in the provided homologation forms.

The GT3 differs from other races largely in part because all car manufacturers compete (23 in total). Very few, if any, want to be left out of this prestigious series, but also, every car has a chance at winning. At the Paul Ricard Circuit, each car must meet the “Balance of performance,” ensuring they’re close to production power, dynamics, aerodynamics specifications. No tube frame, fiber glass shell, Trans-AM type cars are accepted.

All cars must qualify within one second of one another in order to enter the GT3 races. According to Callaway, philosophically ever car starts in the same place because all are equal in speed and performance. Each race is limited to one hour and each driving team must perform a mandatory pit stop. During the pit stop, the two-person team switches drivers and swaps out the tires. In theory, the GT3 circuit is more a test of the driver than the car.

Details for the GT3 C7 Corvette:

The Callaway GT3 C7 Chevrolet Corvette will feature a 6.2L V-8 that runs on 98 octane fuel, harnessed by a 6-speed sequential gearbox, and power will be sent to the wheels via a carbon driveshaft. The Chevy is expected to churn 630 hp with 516 lb-ft. Performing the stopping will be 6-piston calipers grabbing 15-inch ventilated rotors in the front and 4-piston calipers gripping 13-inch ventilated rotors in the rear. The Corvette will have a reinforced, factory aluminum chassis with coil over springs and adjustable dampers rolling on forged 12x18-inch aluminum wheels in the front, and 13x18-inch in the rear. The rubber meeting the road will be 325/680 up front and 325/710 out back. The body and interior will be 100% fabricated for safety, weight reduction, and aerodynamics.

Protecting the driver will be a 6-point racing harness and fire extinguisher system. The outside will have an adjustable front splitter, fender louvers, adjustable rear wing, polycarbonate windows, and carbon composite body panels. In total, the Corvette will be 15-feet in length, 6.7-feet wide, and will weigh 2,756-lbs with no fluids added.