Forget Caps And "Toppers." We Show You How To Fix Your C3's Dash The Right Way, With A Replacement Unit From Zip. 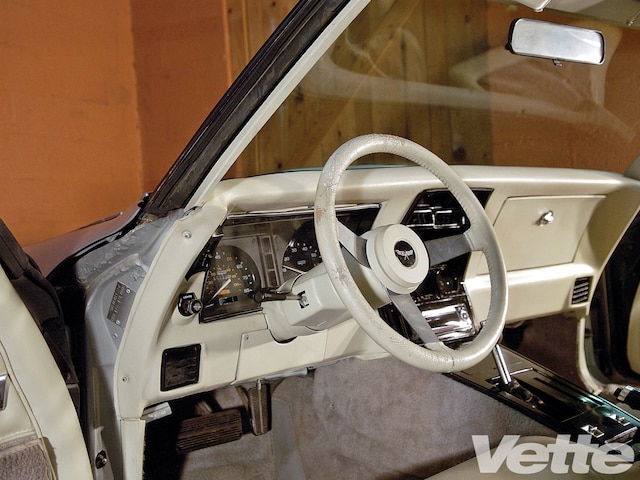 When your Corvette's dashboard starts to become an eyesore, installing a dash cap or "topper" might be a tempting remedy. And indeed, when these caps hit the market a few years back, they initially seemed like a godsend. Suddenly, everyone who had a cracked dash suddenly had a way to improve the looks of his or her car quickly and affordably. We, too, bought into the phenomenon for a time, seduced as we were by how painlessly these units cleaned up the look of a ratty dash.

But after the initial years of excitement over dash caps, they started to radiate the aura of a cheap fix. Professionals would spot one on a collector car and deduce that the vehicle had been hastily "spruced up" to sell.

We contacted Jeff Allen-Souter, an avid car collector who frequents such national auctions as Mecum High Performance and Leake, as well as a number of independent collector sales. When asked what comes to mind when he sees a classic car with a dash cap, he replied, "It makes me wonder what else was thrown together. It's a real turn-off when someone has invested thousands of dollars to restore a car, and they don't go all the way."

We also spoke with Zip Corvette President David Walker, who outlined some of the pros and cons of a full dash replacement "The advantage [of a replacement dash] over a cap is that it simply looks right. And doesn't your Corvette deserve that? [Caps] are usually for cars that need a quick replacement and may not be worth the effort of tearing the entire dash apart. When using a dash cap, the savings is not only in cost, but in the labor as well.

"There are often other parts needed to complete a full dash install...the cluster bezel, lower steering-column cover, and glovebox cover. These are usually replaced to make for a perfect match. The center-console gauge bezel is typically replaced at the same time as well, usually because the black plastic or chrome trim doesn't hold up."

To see for ourselves what a full dash replacement entailed, we decided to install a new Zip unit on a '79 Silver-over-Oyster C3. While most of the car's interior was in pretty good shape, the dash showed numerous splits and cracks across its surface. Follow along now, as we take you through the process.

Take a look into our archives at this turbocharged and EFI-boosted Corvette concept! The L48's output was boosted to 260 hp.