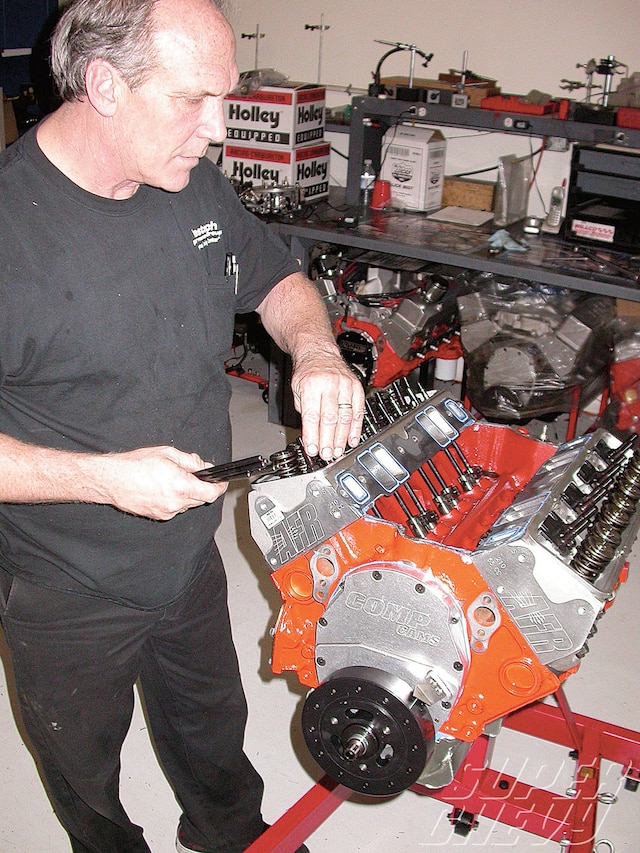 Those loyal readers who follow Super Chevy will remember our two-part Legendary Small-Blocks dyno series. It included such great names as the L76, the LT-1 and the Z/28's 302. We followed up part one with their hydraulic-cammed counterparts, namely the L79, L46 and L82 last month.

Though any of the original small-blocks would be a welcome addition to the engine bay of a Chevy street machine, one in particular caught our eye. We certainly understand that cubic inches rule the world and the only thing better than a mouse displacing 350 ci is one sporting 400 ci. When it comes to powering a street Chevy, the torque that accompanies displacement is always welcome. As much as we like a good stroker motor, there is something almost hypnotic about a high-rpm screamer like the DZ302 tested in part one. If the 383 stroker is that wholesome cheerleader, think of the DZ302 as a leather-clad biker chick. She's not exactly Miss Right, but she makes one hell of a Miss Right Now. Sure, the 350 and 383 cheerleaders of the world will always make more torque, but the sweet symphony of a high winding 302 is worth the price of admission on sound alone. Nothing beats the aural gratification of an 8,000 rpm solid-lifter SBC running at full song. Besides, think what your family and friends will say when you roll up with Miss Biker Chick.

The original 302 sprung to life as a result of the 5.0L displacement limit imposed by the SCCA for its Trans-Am road racing series. Still, the 302 was plenty successful at the drag strip as well. Right from the factory, the little 302 was the perfect candidate for high-rpm duty, starting with the original bore and stoke. By combining the 4.00-inch bore offered by the 327 block with the 3.00-inch stroke of the 283, the 302 offered a rare combination of a big bore for breathing and a short stroke for increased engine speed. To ensure that its 5.0L small-block was plenty powerful, Chevy applied all the hardware originally designed for the larger 365hp L76 327 to the smaller 302. The list included a Duntov 30-30 cam, big-valve fuelie heads and a high-rise aluminum intake topped with a Holley 780 carb.

Testing in part one of our Legendary Small-Blocks proved that the original 290hp rating by Chevrolet was somewhat shy of the real power output, as our replica produced 357 hp and 333 lb-ft of torque. Our motor was run sans accessories and with long-tube headers, but 357 hp is still a far cry from the 290hp rating.

As impressive as the 302 was in stock trim, the factory heads, cam and intake only hinted at the power available from the big bore/short stroke combination. With a forged steel crank, forged rods (ours came from Pro Comp) and forged pistons (from Probe Racing), the DZ short-block was ready and willing to run well past the 7,000 rpm limit we used when testing the motor in stock trim (peak power came at 6,700 rpm). Basically we were looking for a reason to build a high-winding small-block and this 302 provided the perfect opportunity. Given that our short-block was primed and ready for action, we set about changing the other components required to allow it to safely run near 8,000 rpm. By shifting the torque curve higher in the rev range, we could unleash a ton of extra horsepower.

The key elements in power production have always been the heads, cam and intake, and we quickly ditched the stock Duntov cam, fuelie heads and dual-plane, high-rise intake for even higher-rpm counterparts. In addition to the major, power-producing components, we also improved the all-important oiling system, valvetrain and carburetion. When you go looking to exceed 7,000 rpm, care must be taken to ensure plenty of lubrication. Stuffing a big roller cam in an otherwise stock motor isn't going to get the job done, you need to address every possible problem associated with making big power at elevated engine speeds. Our goal with the build up was to take our 350hp 302 and transform it into a 500hp screamer.