We Hit The Streets In Search Of Our Next Camaro Performers Project Car. And This Time, It's A First-GEN! 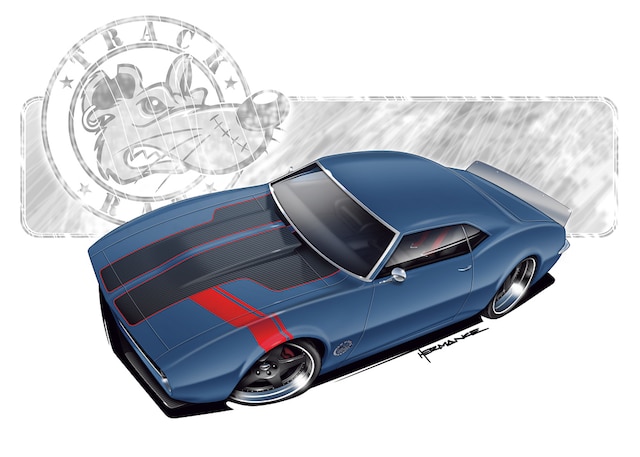 “It was the best of times. It was the worst of times.”
If Mr. Dickens hadn’t penned these words nearly 150 years ago, you might think he was a hot rodder, since it pretty much sums up what our hobby is all about—especially when it comes to finding a new project car.

It’s the best of times when you experience the excitement of buying a new ride, and sometimes it’s not so much fun when dealing with hidden rust, previously performed bad work, and parts that don’t fit. Building a Camaro from start to finish provides a roller coaster of emotions. We’re sure Charles would agree—if he knew what a roller coaster was.


A TALE OF TWO PROJECTS
With Editor Nick wrenching on his ’71 Camaro, that left me with three choices for a project car—a first-, a third-, or a fourth-gen Camaro. Assistant Publisher Joe Rode has been doing stories on his ’83 Camaro, so that narrowed my choices to a first- or a fourth-gen. Since I didn’t want to deal with California’s performance-hindering emissions issues, the winning idea was to build a first-gen.


Only problem is, the pricing for first-gens is nearly absurd. The only “cheap” cars out there are piles of rust that barely resemble the shape of a Camaro. Since most of the parts would be replaced, we decided to look for a decent roller, preferably somebody’s aborted project.

With my first-gen, Nick’s second-gen, and Joe’s third-gen, we would have most of our bases covered. So, with a car in mind, I started combing the Internet and swap meets for a suitable candidate.

STAR SEARCH
An old adage comes to mind here: “You have to kiss a lot of frogs to find a prince.” It’s rare that you can find a good project car in your first attempt; really rare. During my search, I looked at car after car. Sometimes it was as if the seller had just watched Barrett-Jackson and thought their pile of poorly assembled parts was
worth a mint.


Other times the car advertised as a “rust-free survivor” turned out to be a Bondo-encased collection of worn out junk. Finding a starter car is a compromise between cost and condition.


The key is not to pay for a bunch of parts you’re not going to use. Who cares if the car has a freshly rebuilt 350 small-block if your plan is to stuff in a big-block? Does it matter if the seller throws in worn-out original seats if you plan on going aftermarket? These extra parts add to the initial cost of the car and, at best, you’ll only be able to sell it off for a few bucks. Conversely, you don’t want to find a car completely stripped of what you do need. For example, consider OEM stainless trim. This stuff can be pretty pricey to buy, so having it included with the car is a definite bonus.

AND THE WINNER IS…
I had been hunting for more than a month with no luck when I came across a decent-looking ’68 on eBay. The “Buy It Now” was set at $8k, but the bidding was stalled out at $5,700. The car was located about 150 miles from me and was in just the condition I was looking for. I wasn’t prepared to pay $8k for it, but I wanted to be the top bidder when the auction ended.


With only 20 seconds left in the bidding, I tossed in a figure of $6,100, but was snipped at the last second by a bid of $6,101. I e-mailed the seller and found out he sold the car to the guy who topped my figure by a buck. Now that was a buzz kill.


Two more weeks and many frogs later, the eBay seller e-mailed me that the guy who bought the Camaro changed his mind when he saw it. Turns out he thought it was in more of an assembled state. The seller wanted to know if I was still interested. Since it had been delivered to the new guy, the car was only 50 miles away instead of 150, so I went to check it out.


“It was the best of times. It was the worst of times.”
If Mr. Dickens hadn’t penned these words nearly 150 years ago, you might think he was a hot rodder, since it pretty much sums up what our hobby is all about—especially when it comes to finding a new project car.


THE PLAN OF ATTACK
My build plan was set long before I got the car. You can call it Pro Touring, g-Machine, Street Machine, or whatever. I’ve never been much into all the labels bandied about. I envision that it will do little bit of everything well, with an emphasis on handling. I also want to build it on a budget that your average guy can afford.

The big question is, what’s affordable in today’s world?


Bad Penny, my other ’68 Camaro, certainly isn’t considered “affordable” to the average guy, since it’s well into the six-figure range. Some suggested a budget of $20,000, but after some pencil work, that didn’t seem doable considering we would be using new parts. In addition, it would leave us with just over $10,000 to spend after doing the paint and bodywork. My plan also included having the car looking good, not just being fun to thrash on.

So, after much thought, I set the initial budget at $40,000. This would allow me enough cash to make the car look cool as well as haul ass. Some might say that’s too high, but if they did a survey of how much most guys have invested in their hot rods—the real cost and not what they tell their wives—then $40k most likely falls on the lower side of the average build.


With that done, I contacted artist Ben Hermance to help me flesh out the look of the project, now called Track Rat. Hiring an artist to do a rendering of a project is a great help. The money spent up front can help keep you from buying wheels that end up looking wrong on the car or from painting it twice. It also serves as a motivational aid since it provides you with a clear goal. I talked with Ben and explained the overall look I wanted. No chrome; satin paint to keep the cost down; and killer wheels, since they can make or break a car’s looks.


He came up with a Track Rat “tattoo” for the front fenders since it’s something I’ve been itching to do. I contributed the idea of the exposed carbon fiber, but the shape of the stripes, and the addition of the Grand Sport hashmarks were all Ben’s idea—we think he nailed it.

So, we have a car, a smokin’ rendering, and a rough idea of what parts we’ll use. First on the “to do list” will be fixing the body issues and getting her ready for paint; then we’ll start wrenching on parts. Eventually, we will flog it around the track. But for now, we have a ton of
work to do.

The floors were as solid as they were the day they left GM. We did see a slight crinkle in the trans tunnel, most likely caused by the hit to the rear of the car.

One trouble spot was this rear quarter. The missing side-marker hole was my first clue that this quarter wasn’t original. After further study, it became clear that the car had been rear-ended, resulting in a poorly installed quarter, rear panel, and trunk lid. It looked like it was done long enough ago that the panels used were OEM. I went with the assumption that the quarter would need replacement when deciding on buying the car. Think “worst case” and you won’t be surprised down the line.