Week to Wicked Day 2 is a Wrap 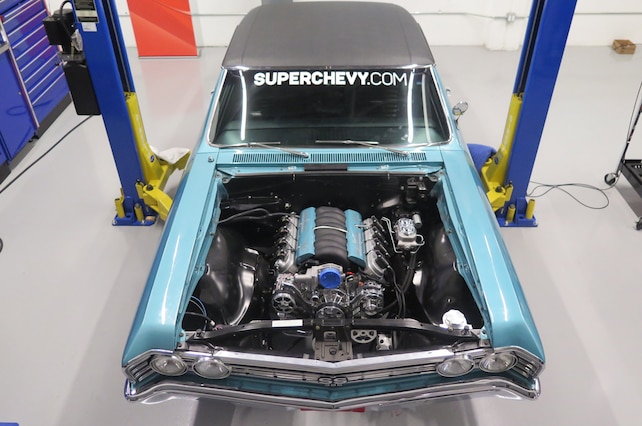 Day two of CPP Week to Wicked presented by Super Chevy and Axalta is in the bag and we aren’t letting any momentum from day 1 go to waste. Today, the guys from CPP knocked out the front and rear suspensions with their stage II Pro Touring kit. The Super Chevy Tech team, lead by Jason Scudellari, worked on the front of the car and got the BluePrint Engines 427-inch stroker nestled snuggly between the fenders. Tomorrow we’ll focus on getting the driveline into the car and start adding some of the support systems necessary to hear the engine roar to life for the first time.

Time is waning and the realization is setting in that we only have a few days left to put together a whole Pro Touring car, fire it up, and work out the kinks before hitting the road on a 1,000-mile road trip. We’re all tired and bowing out for the night, but we’ll be back early in the AM to make this dream car a reality.