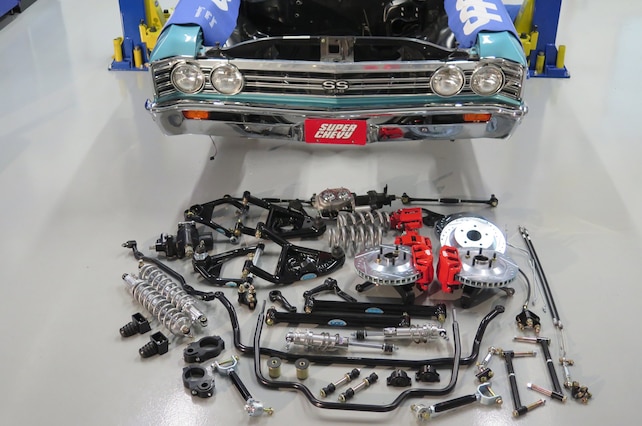 The CPP Week to Wicked build, presented by Super Chevy and Axalta has rounded a major milestone. What was yesterday a stripped-down shell of a Chevrolet is now a fully sprung Pro Touring ride. It’s 3:00 pm and we officially have the entire suspension under the car. Now, we just need to make it drive.

So far, the build has been a 100-percent bolt-on affair. The CPP front suspension, brakes and rear suspension were all cake installations requiring no modification to the Chevelle. However, from this point on, the dial is getting turned up and the difficulty will be increasing exponentially. The engine is getting dropped in shortly and there is still a ton of wiring, fabricating and other miscellaneous work to do before the car is truly road-worthy. The clock is rapidly winding down and there will no doubt be a couple gallons of midnight oil needing to be burned.