The CPP Week to Wicked build, presented by Super Chevy and Axalta is steaming ahead as fast as we can bolt parts on the car. 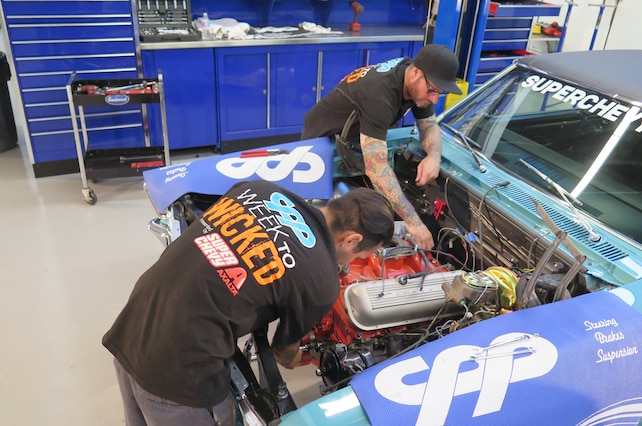 The CPP Week to Wicked build, presented by Super Chevy and Axalta is steaming ahead as fast as we can bolt parts on the car. We’ve completed two days of the build and are already cranking on a third. Check out this mega gallery (150 photos) from the build and stay tuned on Facebook and SuperChevy.com. Don’t miss a minute of the build as the clock runs down. There are only a few days left before we hit the road for Arizona. Can we do it?