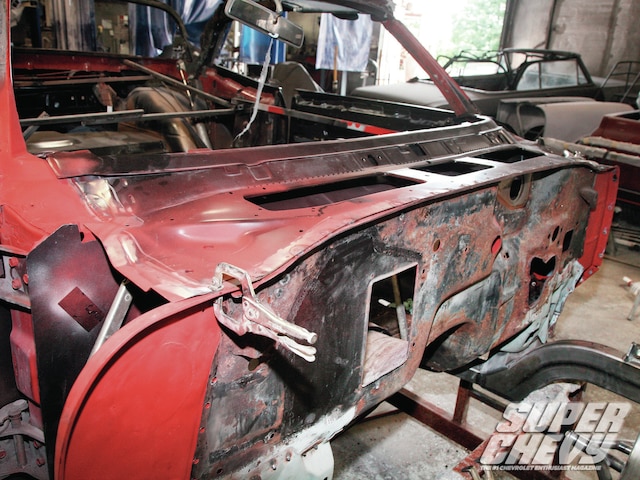 If you've been following along on our Project XS Chevelle series, you know that we had an enormous amount of rust repair to deal with on this car. Enough that after this installment, only about 10 percent of the car's original sheetmetal will still be left, and most of that is in the firewall area.

To recap, the main purpose of this project is to show you how even the rustiest of cars can be saved, especially when they're as rare as our ragtop. Our convertible is one of just under 7,600 drop-tops built by Chevy in the '70 model year, out of almost 500,000 total Chevelles produced. That's only about 1.5 percent of production, making even the most tattered shell worth some money.

The good news is this will be the last rust-repair story on Project XS. (Allow pause for cheering.) From here on out, we'll get into really building this car and passing along helpful things that'll maybe give our audience some ideas for their own Bow Ties. We're going to cover the prepping of our Art Morrison A-body chassis, installing a cool front accessory drive on our 572 big-block, and delve into some how-to on selecting the right gears for a manual trans install. Plus a lot of other good stuff.

In the meantime, let's exorcise the last bit of cancer from our project.