Hump Day: Thanks to Hooker’s T-56 Shift Hump Panel, swapping a six-speed into your second-gen F-body just got easier 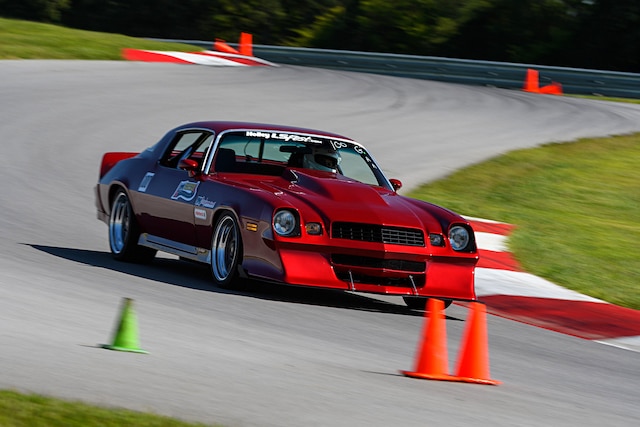 Recall if you will, a time when striped-up street machines wandered America’s streets as mere shadows of themselves. Groggy from a gasoline hangover and saddled with rudimentary emissions controls, these flabby has-beens were backed by anemic powerplants and weak-kneed transmissions. Welcome to … the 1970s.

Fortunately, this episode has a happy ending. Today, we’re enjoying a resurgence of technology and ingenuity, bringing performance back from the brink of extinction—all the while polluting less and using less fuel. This is a great time to swap a more fuel-efficient, more powerful Gen III V-8 into your 1970’s F-body.

And any self-respecting street stalker wants three pedals in the footwell. But today’s robust six-speed transmissions are bigger in every dimension, making installation in the confines of skinny transmission tunnels, such as those in the 1970-’81 GM F-body, a hot-rodding headache.

The gear-bangers at Hooker Blackheart had the same problem, but with the following exception: they did something about it. Hooker’s T-56 Shift Hump Panel is a cost-effective time-saver that, when combined with Hooker’s engine mount brackets and transmission crossmember, make swapping a TREMEC-backed LS engine into a shagging ’70’s F-body a cinch.

Hooker showed us the ropes when they installed the new panel into their second-gen Camaro project. The development vehicle features an LS engine backed by a TREMEC Magnum six-speed transmission. It’s easy to see why the beefy six-speed’s internal rail shifter provisions necessitate trans tunnel surgery. But, the Hooker T-56 Shift Hump Panel not only opens up tons more space, it raises the transmission to improve ground clearance and driveline angles.

Follow along while Hooker shows us how it’s done. CHP

5. This Camaro’s performance dark days will soon be in its rearview mirror. Originally saddled with a weak-kneed slushbox, the tunnel was far too small to accommodate the modern TREMEC Magnum transmission most three-pedal fanatics desire.

6. First, Hooker removed the seats and carpet to gain access to the transmission tunnel.

7. Here’s the original shifter hump. There’s no way a T-56-style transmission will fit under that.

8. Using the Hooker T-56 Shift Hump Panel as a template, they cut the transmission tunnel smaller than the flange of the Hooker panel (to provide an overlap for riveting). A coat of primer protected the original sheetmetal from corrosion.

9. Next, they sanded the flange of the panel down to bare metal and riveted it in place. (Bolting or welding are also options.)

10. Then they applied seam sealer to the underside and topside of the transmission hump panel joints to keep out moisture and heat, and prevent corrosion.

11. The installed Hooker T-56 Shift Hump Panel creates tons of space for the TREMEC six-speed’s shifter provisions. (Note that the rear shifter location on the transmission is used.) The panel saved hours of tedious fabrication time on this project.

Photos: courtesy of the Manufacturers