Rehabilitation Program: We start saving a 1963 Chevy II that was nearly a lost cause 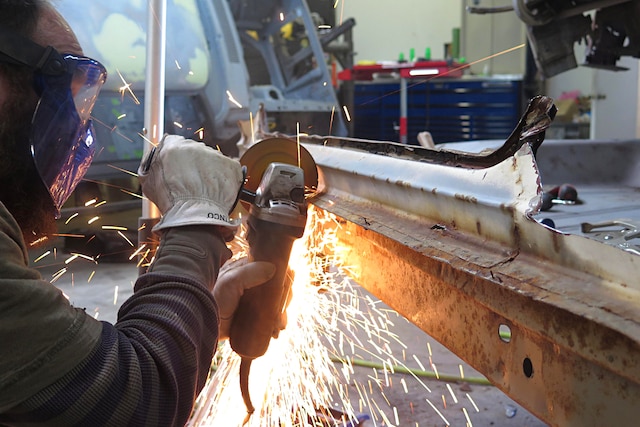 There’s very little about this hobby that could be considered inexpensive, but one of the biggest outlays of cash can be buying the initial project car. Of course, the cost of the car is directly proportional to the popularity of what you choose and its overall condition. Want to start with a rust-free and super-clean 1969 Camaro RS? Well then, the opening salvo of cash is going to be huge. Something clean but less popular like big-bumper 1976 Camaro would save you cash, but remember to get what you like since the cost to fix up the ’69 Camaro or the ’76 Camaro is nearly identical. The other way to save cash on the car is in the area of condition. Yep, if you don’t mind starting out with something rough, then you can get in cheap. Of course, if you’re farming out the work to a professional shop any savings could quickly evaporate, but if you can do most of the work yourself then big bucks can be saved on your overall budget.

Jason Scudellari wanted to build a nice Pro Touring Chevy II, but he didn’t have a ton of cash to spend on a ready-to-go starter car. Fortunately for him former Super Chevy editor Evan Perkins had a rough 1963 Chevy II that he bought for $600, but gave it to Jason for free. Oh yeah, there’s a catch. It was pegging the rough-o-meter in terms of rust and rot, but hey, what do you expect for $600? Jason runs our TEN tech center so he’s pretty handy and the guys over at Superstition Restoration in Mesa, Arizona, offered to help him rescue the wayward Chevy II from oxidation oblivion.

The plan was simple; the hopeless sheetmetal would be pulled off or cut away and replaced by fresh steel from Golden Star Classic Auto Parts. In areas where no replacement panels were available, like the roof, patch panels would be fabricated and stitched in place. Future plans include a full turn-fast chassis from Schwartz Performance and a ProCharged Chevrolet Performance LS engine, but right now the focus is getting the Chevy II’s body rock solid. We have a lot of metal to replace and fix, so we’re breaking this down into four parts: the teardown, Detroit Speed mini-tub install, quarter and rear panel replacement, and roof repair. So follow along as we turn one beat down Chevy into something pretty damn cool.

1. So what sort of classic Chevy can you get for $600? The answer is a really rough one. This 1963 Chevy II was bought by former Super Chevy editor Evan Perkins, who eventually gave it our tech center manager Jason Scudellari for free. Yeah, it was that rough.

2. Over time, the quarters had rotted out, were “fixed” with filler, and eventually rotted out again. Over half a century of neglect is really hard on classic Chevys.

3. Every place that could hold water was rotted though. After inspection, the decision was made to ditch both quarters, both doors, the front fenders, and the rear sheetmetal.

4. The roof was pretty bad as well, but the problem here is that nobody makes a suitable aftermarket replacement, and finding a donor roof is next to impossible. For this area we decided to go with patch panels and a lot of labor.

5. This should help illustrate why so many people had given up on this Chevy II. But when we’re done they’re not going to recognize the little ’63.

6. Given how bad the rust and rot was on the rest of the car we were mystified at how solid the floors and trunk were, both areas that are typically hammered by Mother Nature. More than likely this was West Coast beach area car. Golden Star Classic Auto Parts does make replacement panels for the floors and trunk, but thankfully we were good to go.

7. After stripping down the Nova and tossing the rotted doors, we sent it over to a local shop for some mediablasting. Now, we had already decided to ditch the quarters so we cut away some large sections so the mediablaster could reach some of the inner areas.

8. And here’s our ’63 back over at Superstition Restoration in Mesa, Arizona. With our Miller 212 MIG welder, plasma cutter, and a stack of replacement panels from Golden Star Classic Auto Parts it was time to save this Chevy II and get it back on the road where it belongs.

9. Before we could tackle the quarter-panels we wanted to get the doors on so we could align the new metal properly. First up were new hinges to replace the saggy originals.

10. Justin Smith and Mike Rossi of Superstition Restoration hung the new doors on the old Chevy II. These doors from Golden Star were great since they were complete doors. In other words, no reskinning or other work needed. Justin and Mike just had to bolt them on and voila our Chevy II was on the road to recovery!

11. Using wooden shims, Justin and Mike were able get the new doors properly aligned to the existing metal.

12. Remember those floors? They were surprisingly solid so we just gave them a thick coating of POR-15 and called it a day. You may also notice the missing inner wheeltub. That’s because we’re going to stitch in a Detroit Speed mini-tub kit, but that’s another story for another day.

13. The guys over at Superstition also started cleaning up and laying down primer on some of the other bits of salvaged metal we had mediablasted.

14. And just like that our 1963 Chevy was in way better shape than when we started. Next up will be the Detroit Speed mini-tubs followed by the new Golden Star quarter and rear panels before moving on to the roof. And while all of that is happening a new chassis is being fabricated over at Schwartz Performance that will make this Chevy handle on a whole other level. So follow along as we turn one man’s trash into another man’s treasure.

Get bigger tires under the back of your early Chevy II or Nova!