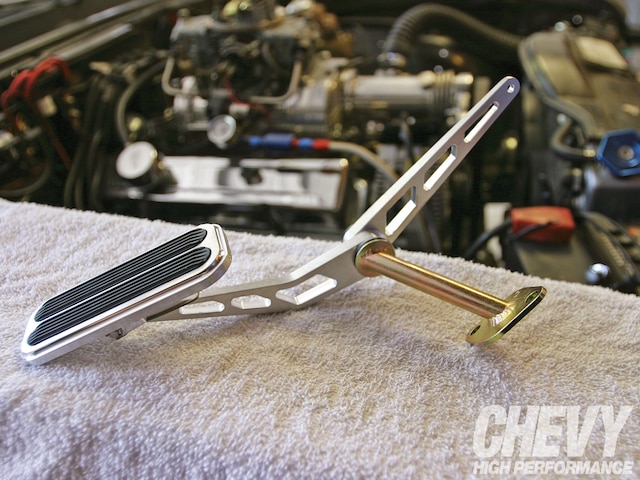 Over the last couple of months, we've been really pushing the Nova through its paces. And so far, it's proven to be a solid performer, holding up its end of the deal. Still, there was one lingering problem that we haven't addressed until recently. Namely the less-than-functional throttle assembly that made accelerating out of corners feel more like a leg press.

When we first transplanted our small-block, the six-cylinder throttle cable wouldn't work with the new mill and we ended up purchasing a universal throttle cable from a local parts store. While it worked to get the Nova down the street, it never really functioned properly; it wasn't supposed to be a permanent fix but it sufficed for the time being.

What we learned was that it was difficult to accelerate out of turns and rolling into the throttle was anything but smooth. With minimal downtime between events, we kept pushing our luck until we could fix it properly. Of course, as Murphy' Law dictates; it was only a matter of time before the gas pedal gave way. The cable broke cleanly off its shaft during our last outing.

In need of a fix, we decided to forgo the factory pedal assembly. While replacing the cable would have been a quick fix, it wouldn't have been a permanent cure. Instead, a search on Lokar's website found us everything we needed, including a 36-inch throttle cable kit and a pedal set including a billet brake and an adjustable gas pedal. The install took the better part of an afternoon, but the end results are well worth it. Follow along as we go through the steps and show you how to install a fresh set of billet pedals and a new throttle cable assembly.