Building a C6 Z06 Differential to Handle All the Abuse of a Lead-footed Salesman, with the Help of MTI Racing 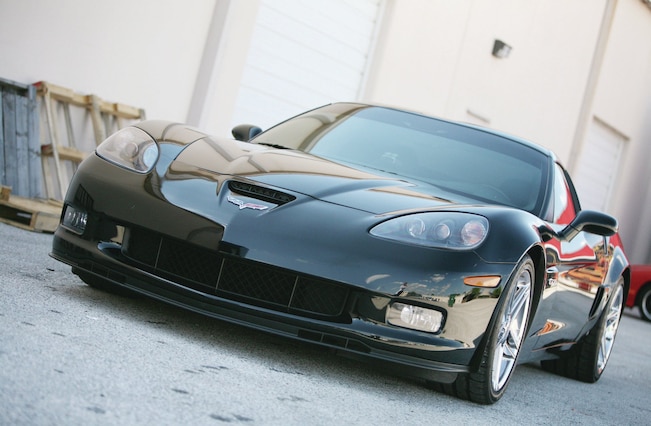 There’s no getting away from the fact that the C6 Z06 Corvette was one serious machine, with a 7.0L 427 ci version of the “small-block” LS-series LS7 under its hood. Developing an underrated 505 hp at the crank (the real number is more like 540 hp), the fact that you can get an early one for the price of a brand new, loaded Camaro SS these days makes the deal that much sweeter. Obviously, for that kind of money you don’t get any sort of warranty, but we would be correct in saying that most of the people picking one of these cars up today are the kind to throw tons of modifications at them as soon as they get the cars home.

Our very own marketing man, Brian Sexton, is just the sort of guy to do so. Almost immediately after picking his 2008 example up, he was tearing up the asphalt on the Palm Beach International Raceway (PBIR) dragstrip and road course. Already striving for modifications such as ported heads, a higher-lift camshaft, and a high-flow aftermarket intake manifold; a factory warranty would be void in a short amount of time, anyway.

Unfortunately, during his maiden outing at PBIR, Brian’s aggressive driving style trashed the original passenger side CV axle in the rearend, and it wasn’t long before we were on the phone with The Driveshaft Shop (DSS) ordering a pair of replacements. However, instead of simply swapping the stock ones out for those from DSS, we decided to go ahead and fortify the entire rear axle assembly, so we give our friends up North in Atlanta, Georgia a phone call. Those friends in question would be none other than the good folks at MTI Racing. Reese Cox & Co. was more than willing to help us out. In fact, they invited us to bring our injured Vette up from Tampa, Florida to have them rebuild it - personally!

We should also mention that this article serves two purposes; the obvious, a how-to C6 rear differential rebuild, courtesy of MTI Racing, and second, as an introductory article on one of our latest projects; Project Track Attack! PTA will be getting a complete top-end engine package, upgraded suspension and brakes, a heavy-duty clutch, and other odds and ends to take this standard-issue Z06 to the next level! So follow along as we show you how it’s done.

1. With the car up in the air, we were ready to set to work on our Z06. In order to pull the rear differential, we would have to remove the rear wheels, the axles, exhaust system, exhaust heat shield, the driveshaft, and naturally, much of the rear suspension. For our install, MTI’s Roman Hackett performed the majority of the work, with the help of MTI’s Daniel Miller later on. In short order, he pulled the wheels, disconnected the e-brake, ABS connector, and the tie-rod ends.

2. Now that the beginning stages are in the bag, the next step was to remove the exhaust, heat shield, and the driveshaft. Strangely, there are a total of 36 bolts that hold up the heat shield, so you might want to bring a power drill with you whenever you need to access the driveshaft. With it out of the way, however, we were able to access the Vette’s driveshaft that will allow us to drop the axle, rebuid it, and get it back installed in a matter of one day.

3. Finally, we were ready to drop the rear diff, which by the way, we wouldn’t recommend without the use of a lift and an extra set of hands. Roman removed the differential mounts, lowered the rear suspension differential crossmember, and removed the diff from the car, with the help of Daniel. With it removed, we put it on a roller cart and headed over to the closest workbench to start the disassembly stage.

4. On the workbench, we tore the rear axle assembly down, disassembled the carrier, and Roman had laid everything out for inspection. The clutch pack looked OK, but we didn’t want to run the risk of future failure, so we upgraded them. After all, you wouldn’t rebuild an engine with the old piston rings, so why would you use your old clutches for a rebuilt rear differential?

5. After lunch, Roman took all of the reusable parts in the back room for a thorough cleaning. He probably spent 45 minutes pressure washing the components with a solvent, dried them, and then carefully hand cleaned each part with brake cleaner.

6. You can see the side-by-side comparison of the OEM axle stubs, to the MTI Racing 300M stubs (first two photos). Clearly, MTI’s are much beefier and allow for higher horsepower and torque in racing applications. The MTI parts eliminate the “webbing,” or curved angles of the component, eliminating any potential weak points. We also did a side-by-side shot of the spider gears as well. MTI’s sever-duty clutch packs are shown above.

7. Rebuilding a C6 Z06 differential to handle more power and torque, along with tons of abuse the average track car sees, requires a full makeover. MTI Racing not only installs the aformentioned hardware, but all new gaskets, seals, and anything else that could cause failure at the dragstrip or road course.

8. Roman and Daniel put the finishing touches on the install, while shop tech, Jesus, refills our diff fluid, and wipes up the excess fluid. We’ve also installed a set of stainless steel brake lines in the Z06 while we were at the MTI Racing facility, but you’ll read more about those in a future installment where we completely upgrade the entire braking system!

9. Back at the GMHTP garage, Brian himself got dirty, by pulling the wheels and swapping the OEM axles for a pair from our friend Frank at The Driveshaft Shop. We ordered up the big dogs, the 1400 hp level units that will be able to handle all of the power and abuse, and then some, that we ever plan on throwing at it. The install was just as straightforward as the OEM axles, and it only took Sexton a little bit of finesse with a pry bar to get them out and the new ones in. Look forward to more updates of this car on our site at GMHighTechPerformance.com, as well as our YouTube channel, at: YouTube.com/user/GMHighTechMag!