Reflecting on our ProCharged LS2 combo's performance and potential 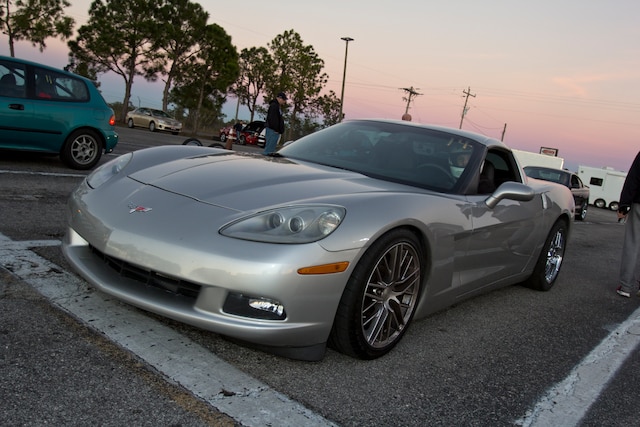 If you’ve been following along with our daily driven 2005 Corvette Z51 build, then you’ll recall that we turned a formidable, mid 12-second stocker into a beast with help from the folks at ProCharger and Torq Speedlab. Our D-1SC kit sported an LS3 MAF and custom tuning from Torq to maximize all 11psi from the ProCharger kit, which ultimately pumped out 565hp and 529 lb-ft of torque on our in-house Dynojet. That’s pretty stout for a stock LS2 with exhaust.

From the get-go, it was the project goal to make our C6 into a modern supercar – great handling and enough power to keep up with just about anything on the road. The C6 platform is a great starting point for this sort of build obviously, as GM used it to produce the 638-hp ZR1. And if you can keep up with a ZR1, Viper, or just about anything short of a Bugatti – you are doing fine in my book. So when we finally ran an 11.36 at 123mph in the May ’13 issue, the project was declared a success.

Despite the performance, though, and my unwillingness to install a roll bar, the wheels started to turn. Racers are a difficult bunch to satisfy. You might be happy for a day, but the novelty and luster quickly wares off. Pretty soon, you are wondering what else you can get out of the combo. So I started looking at the data. With EFI Live plugged into the OBDII port, the E40 computer was reading Intake Air Temperature (IAT) at 10 degrees (or less) above ambient on the highway. Track testing yielded similar results, until near the end of the run when it spiked to roughly 130-degrees – yet with no knock.

While it was apparent that this project had run its course, those of you following the build can wonder no more about where we would have gone next. Step 1: ditch the Z51 tranny. The gearing in this trans made the car very difficult to launch since the boost ramped in so quickly. Set at 11-pounds on the 6.0L, the D-1SC really seemed to hit its sweet spot and want to rip the tires right off. A base C6 trans or even the ZR1’s 2.29 First would have been a much better match to our 275/40/17 drag radials. Step 2: drop the compression. LQ9 heads are nearly identical to LS2 heads, aside from the combustion chamber. A 71cc chamber would drop the 10.9:1 motor by roughly a full point, and of course some mild porting couldn’t hurt either. Step 3: increase the combustion efficiency. While 1 ¾-inch primary long-tube headers provide plenty of flow for a bolt-on LS2, boost changes the equation. By stepping up to a 1 7/8-inch primary header with a 3-inch collector and 3-inch exhaust (currently 2.5-inches all the way through), this would help evacuate the chamber and allow more ignition timing. Of course, a mild cam couldn’t hurt either, and replacing the notoriously leaky LS2 intake with a FAST LSX would also be a huge improvement.

Of course there is more than one way to skin a cat. Grinding down the control arms (yikes!) and switching to C5 rear brakes would allow for a 15-inch drag wheel and slicks that would be a better match for the current trans and much easier to launch. And of course you could simply add octane via race gas, methanol injection, or convert to E85. However, all three fuels come with some inherent complications that run the risk of failure and further headaches. The current setup allowed worry-free daily driving and merely a wheel/tire swap before driving (not trailering) to the track that was simple, effective, safe, and easy to replicate – thus all of my solutions were in keeping with this theme. Whether you’d like to follow this formula or follow your own path, just remember to have fun and keep it shiny side up.

We take our '05 C6 and make it our test subject on how to put a battery into the trunk as well as adding a wideband O2 to any car. We enlist Greg Lovell and Kyle Miller at AntiVenom for the assist. - GM High-Tech Performance Magazine