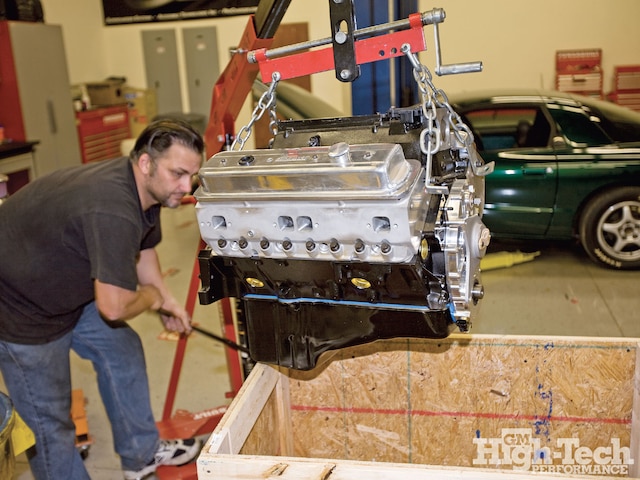 In the last installment we discovered exactly what happens when you combine too much timing, cast pistons, and 150 horsepower worth of nitrous on our LT1 Formula Project. With the help of Golen Engine Service we now have a 383 short-block with a forged rotating assembly, and our Dart heads were treated to some hand porting. So that left only one weak link, the stock PCM. While the OBD I originally equipped in the '94 Formula was sufficient to achieve our power and e.t. goals, it had become a very large problem due to a lack of aftermarket support and limited datalogging. Plus with the help of EFI Connection's 24x system, and an LS1 PCM commanding control over the Gen II, we could expect better driveability and possibly even better fuel mileage. Though on the Formula we had previously relegated the Opti to minimal duty thanks to the LTCC ignition box, LT1 enthusiasts will greatly appreciate this kit's Opti-free operation with eight LS coils supplying the spark. It is also important to note that the EFI Connection kit comes with a brand-new, OEM quality wiring harness-something every crusty LT1 could use.

With the help of EFI Connection and AntiVenom in Sefner, Florida, the LT1 Formula would once again breathe life through its K&N intake, Pacesetter headers, and Mufflex 4-inch exhaust. Follow along as Greg Lovell of AntiVenom helps us install our Golen 383 and EFI Connection 24x kit in the freshly painted engine bay, and then manipulates the HP Tuners software to get us back in action.