Newsletter
Sign Up today for our FREE Newsletter and get the latest articles and news delivered right to your inbox.
Home
Camaro Performers
How To

Spectre Performance Comes Up With A Slick Way To Stuff More Air Into Your Engine. 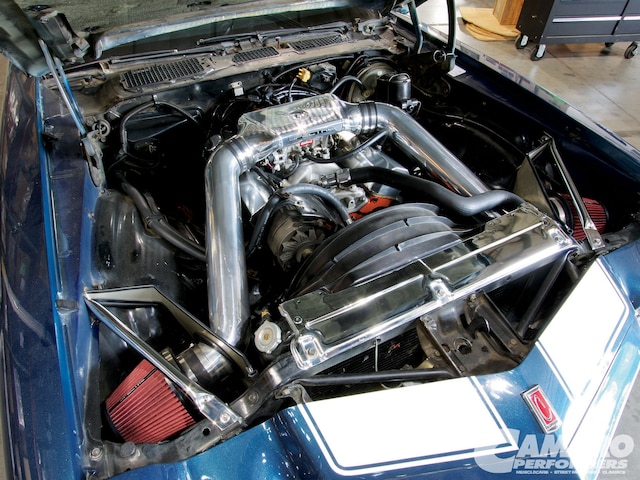 Engines are nothing more than elaborate air pumps, and as such they rely on a steady supply of air and fuel. The fuel side is fairly straightforward, but often times an engine's potential is choked down by an inadequate supply of air. Another issue is the design of the carburetor-topped engine, which lends itself to drawing in the hot air that rises up directly over an operating engine.

Spectre Performance saw these deficiencies and decided to design a simple-to-install kit that would help feed hungry V-8 mills with not only more air, but air that is cooler and thus better for churning out power. For lower horsepower cars they offer a system that utilizes a single intake tube and filter. For more powerful mills they also sell a system with dual intake tubes and filters. In both kits the filter is relocated from the hot area directly above the carb to the far front corners of the engine bay. We should note that most engines really won't see a benefit from the increase in air flow since the air supplied by a typical round air filter is sufficient. However, all engines should see a significant gain from being fed cooler air.

Thinking Inside The Box
To make room for the Spectre intake system, we needed to relocate the battery from its stock location. This is a great idea anyway and beneficial to all types of performance driving. Moving 50 lbs off the nose where it can hurt turning, and putting it over the right rear tire where it can aid traction, is a no brainer.