Replacing the Oil Sending Unit on a C5 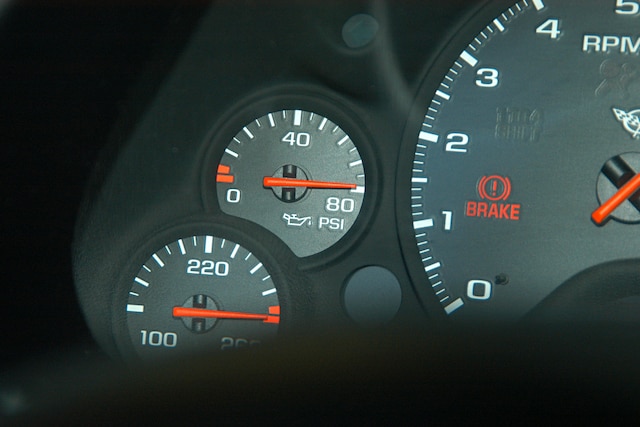 Q I have been a Corvette owner for as long as I have been driving, and love the magazine. I currently own a ’01 Corvette and for the second time in two years my oil pressure sending unit has failed. When I came out of work last week and started the car the oil pressure gauge was pegged at 80.

The last time I did this I had to remove the upper intake to access the oil sending unit and I don’t want to do that again if I don’t have to. I remember someone at a car show telling me you could replace the oil sending unit without removing the upper intake. I believe it involved drilling a large hole at the back of firewall and then patching the hole. I was hoping you could help me with this?
Thanks,
Mike

The oil pressure sending unit is located on the driver-side top rear of the engine under the cowling between the firewall and the intake. The sender is a small cylindrical sensor with a metal base and plastic upper connector.

Remove the plastic cover over the valve cover from the driver-side of the engine. Just pull it up and it should pop off easily.

Locate the oil pressure sending unit; it’s located on the driver-side top rear of the engine between the firewall and the intake. Release the locking clip from the top of the oil sending unit. If you use a pick with a 90-degree at the end of the pick it will make it much simpler to unplug the connector from the sensor since it is almost impossible to reach with your hand. Use the pick to release the locking clip and pull the connector straight off the oil pressure sensor.

I have seen people use a hole saw or a Dremel to cut an access hole in the cowling so the oil sending unit can be accessed without using a ball style swivel universal. I personally do not like the idea of cutting a hole in the cowling. Even with an access hole you are still going to have the same difficulty unplugging the wiring connector from the sensor unless you make the access hole large enough to get your hand into.

Well, Mike, I have done quite a few of these oil sending units and have never had to cut an access hole to reach the sensor. So good luck and let me know how it works out. Vette