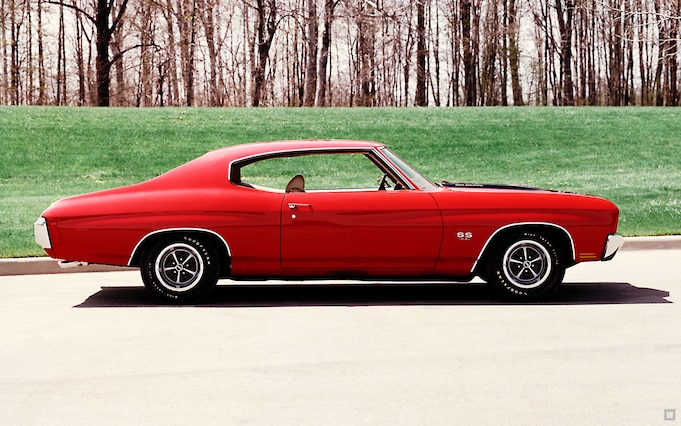 I'm having a problem connecting a 700-R4 to a low-mileage ‘95 LT1. A friend had this '95 LT1 with a T56 transmission in his '57 Chevy, and when he pulled it out to convert to a new LS3 I bought the whole engine/trans package. In turn, the plan was to install the engine in my wife's '57 Chevy, but couple it to a rebuilt, never installed 700-R4 transmission, then hook up the T56 to my '50 Chevy coupe's SBC, which is a story for another day.

I've spoken with vendors of parts for both these components and have gotten different suggestions. The first explanation I got was that the current throttle body and ECM would have to be replaced with a ‘93 model because there is no way to hook up the TV transmission cable to the throttle body, and the current ECM is looking for a six-speed transmission. This would set me back about $2,500 (yikes!), and I would have to dump the new Holley 58mm throttle body that was installed just before I bought the engine. The second suggestion was the 700-R4 only needs a torque converter lockup switch and no TV is needed, which doesn't make sense to me.

Others suggest converting to a carb setup, but using one of the new stand-alone throttle body setups currently being celebrated in the magazines. But again, well over $2,500 by the time I buy the intake, fuel injection system, distributor, damper, and timing cover with the Opti spark hole blocked.

And finally, some say to switch to a 4L60E transmission, but again, big money for little bang and then I'm stuck with a “new” 700 transmission.

At this point, I have the proverbial stepchild nobody wants and I wished I would have just converted to a LS, it would have cost about the same and would have been a better engine/injection system. Thanks for any help!

The 700-R4, also known as the 4L60, definitely needs the TV cable, no ifs, ands, or buts about it. If you're intent on using the 700-R4, I'm afraid the first bit of advice that you received is probably your cleanest way out. On the upside, you shouldn't encounter any mechanical roadblocks on the way.

A '93 F-body came from the factory with that 700-R4 transmission, and the '93 vintage throttle body, therefore it has provisions for a TV cable. You reference the Holley 58mm unit that is currently installed, so I would consider replacing it with the following: Summit Racing - 1993 Chevrolet Camaro Holley High-Flow EFI Throttle Bodies 112-505. As for the computer, I would simply buy a stock '93 Camaro ECM from any retailer, or preferably junkyard, and send it off to have it tuned. You could actually leave the stock ECM alone, but there are a plethora of reputable mail order tuners that will do a custom tune for very little expense.

You threw out a reference to $2,500 in order to facilitate this sort of swap, but I can't see it being anywhere close to that neighborhood. I'm thinking you're all in for well under a grand, and that's with no ECM core and before you Ebay off the existing throttle body. Clearly, other options exist if you choose to bail on the 700-R4, but they just seem like good ways to increase the cost of the project for no good reason, and we all know I'm not a proponent of fiscal irresponsibility.

In Which Direction To Go

I have been a subscriber for a very long time, dating all the way back to when my dad and I rebuilt a ‘63 Nova SS when I was a young man. I have a 1970 Chevelle that I'm rebuilding, and one of the restoration shops suggested that it might be cheaper in the long run to find a better shell. So I did some digging over the past few months and I now have some questions in regards to what I've recently picked up. It is pretty solid, and certainly a much nicer starting point than the other one. Now I am wondering if it's a better idea to do an OEM-type restoration as opposed to making it a hot rod. The VIN is 136370K179920 and the Body Tag information is as follows: top line ST, 70, 13637, Kan353529, BDY; second line TR, 770, 50/50, PNT; third line 03B, 00535, L.

I'm just trying to decide which way I want to go, as I was told it was a 396/four-speed car. Any help would be appreciated, and I look forward to many more years of reading.

I can't really tell you anything about the drivetrain from the information that you've supplied other than the fact that it was born as a V-8. Chevy didn't put the code for the car's specific engine in the VIN until 1972. The VIN decodes as Chevrolet (1), Malibu, Concours station wagon, 8-cylinder (36), 2-door sport coupe (37), 1970 (0), Kansas City, MO (K), and sequence number 79,920. In addition to what we already know from the VIN, the trim tag, or body number plate, tells us that your car was produced in Gobi Beige with a saddle vinyl interior. With the way your question is written, I'm guessing that you bought it with no motor or transmission, so we can't really learn anything more there, ie: engine codes, etc.

It's hard enough to verify a car's authenticity even with a great deal of supporting evidence, let alone a deal like what you appear to have on your hands. If I were you, I'd build it for what I wanted it to be, nothing more, nothing less. I don't think there's any future in trying to make it into something it's not, or at the very least, something you're unsure of.

I'm a brand new subscriber to Super Chevy and I love this magazine. I especially like the Chevelle special issue I grabbed off the news stand a number of months ago. Can you guess why?

Here's my question and pertinent info. I have a '72 Chevelle project. I'm on a tight budget, but not cutting corners. The body is in pretty decent shape except for the trunk floor, trunk rain gutter, and the driver's side rear quarter around the rear tire. Concerning the quarterpanel, I see I have some options for repair. It's too far gone for body filler (already tons of it in there) and I want to replace the metal. I see I can get a body line and down skin for $60; or, I can order a full quarter for around $500. Which should I go with? I've kicked this around on an online forum and was told that what I would pay a body man to make the skin work would actually offset the cost of just buying the full quarter and having it welded in. What say you?

First off, I'm no body man. Secondly, I'm not there to set eyes on the project in question, and lastly, there's probably no right or wrong answer. I did, however, find this interesting little blurb on the choices at hand that might be of service in your decision making process (Precision Restorations Blog: Quarter-Panel Repair - Patch it, Skin it, or Replace it?) .

While the decision may not be clear cut, like most peeps, I do have an opinion on the topic. If it was my car and I planned to keep it, not just turn it, I would want it done as correctly as possible, and to me that means putting a full quarter on it. Again, I'm no body wiz, but if the money even wound up close, it's an easy decision, at least to me. Obviously, it still takes a highly skilled body man to do the quarter, but I don't think the potential for problems is near that of the skin replacement process.

I have a stock 1971 El Camino with a 1996 5.7 engine with a 350 transmission with a complete Flowmaster exhaust system. I don't have any plan on changing the stock suspension at this time, as it's all new. My question is this: I want to replace my stock 15-inch Rally wheels with 17- or 18-inch Torq Thrust SL or II chrome wheels. Can I fit 17x8 on the front and 17x9 on the rear, and if so what would be the best size rims/tires to use. Thank you for any help you can give. I've been reading your magazine for years.

Not having owned a '71 El Camino at this point in my career, I dialed up Don Raiser at Buffalo's TCT for the rock solid answer to your query. Between Raiser and the American Racing guide, the consensus opinion is that the 18-inch wheel is a bit too aggressive and is not recommended here. An appropriate selection for your wheel of choice would be 17x7 with a 4-inch backspace on the front, with a 225/50/17 tire. On the rear, the recommendation is for a 17x8 wheel, 4.45-inch backspace, with a 225/55/17 tire. With this combination, you shouldn't have any clearance or interference issues.