A Norwegian Z06 with roots in the Deep South 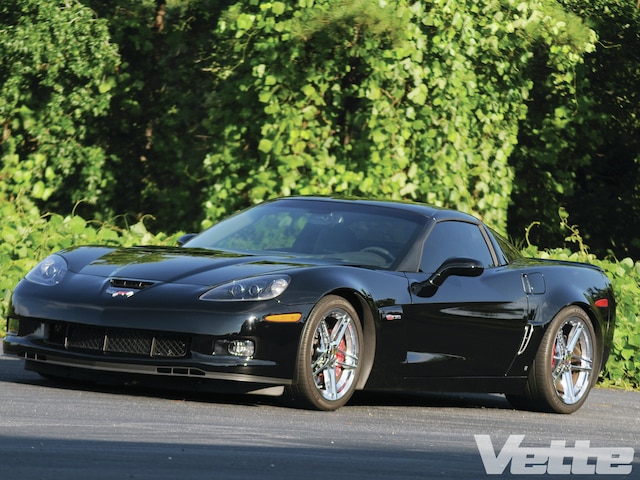 You meet the nicest people on the Internet. Anyone who has attempted to unload their unwanted crap on Craigslist knows there is no shortage of helpful souls out there who are only too glad to assist you in ways you probably had never thought of. Bless 'em. But there are legitimate buyers out there, too.

The question then is, how do you distinguish between the trustworthy and the scoundrels? More to the point, what do you do if you're from Norway and have a hankering for a C6 Z06? Not just any C6Z, mind you, but a thoroughly modified, tuned, and refined road-course car that will embarrass all but the most hard-core of lap dogs. If you're Arne Gillebo, you turn to your friend and countryman Nils Wenaas.

Vengeance Racing was born from a partnership between Ron Mowen and Mike Carnahan, two former employees of GMMG in Georgia. Explains Mowen: "We were building cars for GM at GMMG, and we decided there was need in the market for a company that over-delivered on expectations rather than excuses. We believe our level of professionalism is unmatched in the industry. Every one of our guys is an ASE-certified tech. We pride ourselves on our state-of-the-art facility and the way we interact with our clients." With nearly 1,200 cars having passed through its doors in five years' existence, Vengeance is obviously doing it right.

When Gillebo was ready to pull the trigger, he sat down with Wenaas and devised a plan. While those of us in the U.S. can pick up a new Z06 for maybe $70,000, enthusiasts in Scandinavia aren't so lucky: "Just to give you an idea," says Gillebo, "that same car will cost about $380,000 in Norway, before you have tags on it. The taxes are enormous." So that pretty well put the kibosh on the idea of shipping a car from Norway to Vengeance and back. But then a new idea was born.

As Gillebo doesn't speak English, he asked Wenaas to approach Vengeance Racing with the idea of the shop procuring a nice, low-mileage car on his behalf, modifying it to spec, and boxing it up for shipment to its new owner. Vengeance owner Mowen was up for the unusual request. "We found a clean, 2,600-mile car up in Tennessee," he recounts. "We sent extensive photos and documentation to Arne, and he gave us the go-ahead. We got the car back here to the shop, baselined it, found it to make 450 [hp] at the wheels, and knew it was healthy. We then promptly tore into it.

"Arne and Nils gave us a very specific set of parameters to meet. They wanted 700 horsepower at the wheels. That meant either a very large naturally aspirated engine or forced induction. Arne is a big fan of supercharging, so that's the route we agreed upon.

"We're big fans of A&A's Vortech supercharger kits, and that's what we selected for this project. We dropped the entire driveline out of the body and started the engine mods. Proline Race Engines takes care of machine work and short-block preparation for us, and they do a fantastic job," explains Mowen. "This engine was to remain a 427, so only relatively minor prep was required to ready it for the blower: Diamond dished pistons, Katech rod bolts, and upgraded valvesprings and rocker arms."

A&A's eight-rib pulley upgrade was selected for maximum durability under the rigors of track use, and the boost was set to a maximum of 15 psi. Even at this relatively mild level of tune, this was enough to produce rear-wheel readings of 864 hp from 5,600 to 7,200 rpm and 779 lb-ft of torque at 4,800 rpm. Vengeance wisely deemed this too much for the stock clutch and substituted in an RPS triple carbon setup.

With the LS7 thumping out plenty of power, Vengeance turned its attention to the chassis. Here, it installed Pfadt Race Engineering's proven Aggressor I Package. This setup consists of Pfadt's proprietary coilovers and sway bars, along with a Pfadt camber kit to maximize the adjustability of the Corvette's alignment. Vengeance then performed a complete alignment and set the corner weights to ensure maximum performance would be delivered by the new suspension components. Surprisingly for a car of this power-and one destined for heavy track usage-the stock brakes were deemed sufficient. Time will tell how long that lasts.

"The car was bought with one intention: to build a forced induction car, and build it good," explains Gillebo. "Nils-who has extensive road-racing experience-says the coilovers and sway bars make the car perform way better on the Norwegian roads. But I'd have to say the supercharged LS7 with more than 850 rear-wheel horsepower pretty much explains itself. And with that cold Norwegian air, I'd imagine it has even more power than on a Georgia dyno in August. It idles great, drives smooth, but hit the throttle at 120 mph in Fourth, and it will light up the tires all day long. This makes traction hard to find, but it is still a blast to drive."

So while lots of people buy parts on the Internet, it obviously takes a whole other level of trust to go to the lengths displayed by Arne Gillebo. "I had complete faith in Vengeance Racing," he says. "Naturally, references are important, and their reputation is impeccable. Their experience with exporting doesn't hurt either. I never even saw the car before it arrived in Norway, and I couldn't be happier with the entire experience." Clearly, Vengeance has served him well.

Mood lifting Product Preview: Don’t let the wear and tear of everyday life get you down, buy something exciting for your already exciting Corvette.

A photo-journey through a stash of abandoned SS396 Chevelles, with a station wagon surprise.