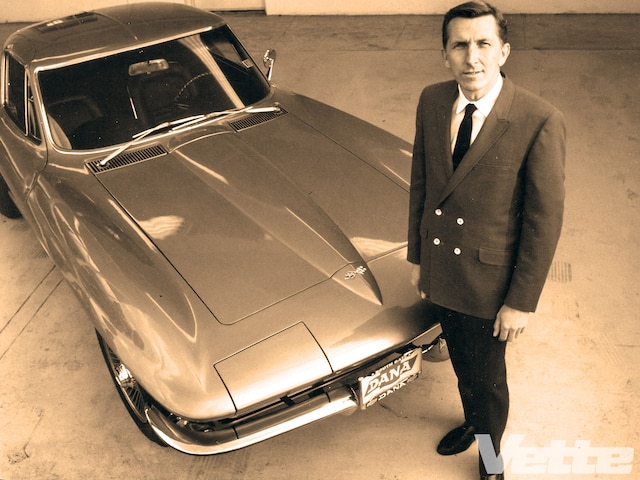 Part 2: 1966 through 1968
Last month, we began our photographic look back at the life achievements of "Mr. Corvette" Dick Guldstrand, one of Corvette's most revered racers. We told you about his introduction to racing at the age of 4, the land-speed records he set while still in high school, his first Corvette, and his early exposure to the C2 Sting Rays, two of which he piloted to numerous victories at Southern California race events from 1963 through 1965.

The year 1966 marked a pivotal point in Guldstrand's career path. Though Chevrolet Director of High Performance Zora Arkus-Duntov told race-team owner Roger Penske to hire Guldstrand as his first driver in December 1965, it wasn't until January 10, 1966, that the young racer took delivery of a pre-production L88 coupe at the Corvette assembly plant in St. Louis, Missouri.

The rest, as they say, is history. Guldstrand drove the heater-delete, "off-road-use-only" Corvette from St. Louis to Penske's facility in Newton Square, Pennsylvania, where he and other mechanics prepared it for the first 24 Hour Daytona Continental on February 4-5, 1966.

Guldstrand took the GT-class win at Daytona, and remained with the team to race Penske's No. 10 Grand Sport at the 12 Hours of Sebring endurance race on March 26. Though Guldstrand's car was involved in an accident early in the race, he was quickly reassigned to the same '66 L88 coupe he had raced at Daytona. It was from this familiar vantage point that he helped Penske win the event's GT+5000 class.

Shortly thereafter, MGM Pictures hired Guldstrand to lend his professional driving skills to the production of Grand Prix, a film that follows four fictional Formula 1 racers through the 1966 F1 season. That's when Guldstrand met actor James Garner, the movie's star. Garner caught the racing bug during filming, and would later rely upon Guldstrand's talents when he started up his American International Racing (AIR) race team the following year.

In late 1966, Guldstrand caught the eye of Peyton Cramer, the new owner of Dana Chevrolet in Southgate, California, who hired him to be the dealership's racing and high-performance manager. In the spring of 1967, Cramer special ordered a '67 L88 Sting Ray for Guldstrand, Bob Bondurant, and Don Yenko to race at that summer's 24 Hours of Le Mans. It was at this high-performance endurance event that Guldstrand set an unofficial speed record of 187 mph on the track's Mulsanne Straight.

Next month, in our final installment, we'll learn more about Guldstrand Engineering, Mr. Corvette's intimate role in the development and race testing of the '85 Corvette, his GS80 and GS90 C4 supercars, his Signature Edition 50th Anniversary C5, and the modern-day Corvette projects still taking place at Guldstrand Motorsports.

Special thanks to Dan Fastuca, Chuck Koch, and Jim Gessner for their invaluable assistance in assembling this story.