Here’s a Look Into the Art of Car Stalking 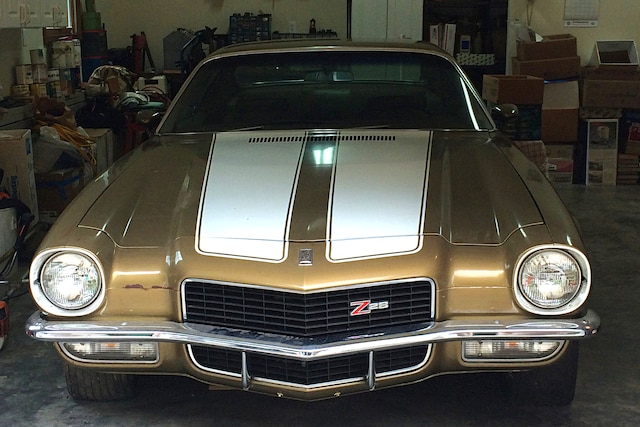 When car stalking, there are a few things one should know. First off, car stalking is not as bad as it sounds, as no one really stalks a car with evil intentions. Although some, like my wife, might disagree, as I often take the "scenic route" home from the grocery store just to see if that weathered red-with-a-slight-dose-of-primer C10 pickup is still parked in front of the house a couple blocks out of the way. To her, the evil—or annoying—part is that I drive a half-mile out of the way instead of going straight home. And to be honest, I'm not really sure why I keep checking on this truck. Maybe I'm hoping it will have a "For Sale" sign in the rear window and I'll be the one to nab it before anyone else finds out about it. Maybe the owner will let me drive off with the truck for a song knowing I'll take excellent care of it once in my hands. Maybe not, as there is no reason he'd take a liking to me, and once he has cash in hand he would probably care less if the truck burns down before it makes it three blocks from his house.

So, yeah, I stalk that truck once or twice a week and continue to do so ... you know, just in case.

So as far as car/truck stalking goes, that C10 is easy prey due to it being parked out front. But when going on a car-stalking mission it's important to pay attention to long driveways where a glimpse of a vintage taillight, headlight, or piece of trim can be spotted peeking from behind a daily driver. It takes a keen eye to catch those, so you gotta be sharp. It's also important to keep an eye out for car covers—a dead giveaway for a possible hidden gem. Usually those are deep into a driveway or tucked away in the garage only to be seen when the garage door is open. Covered cars have a good chance of being an unfinished project or one possibly left behind by a relative and hasn't ran in quite a few years due a clogged fuel line or dead battery. Rare finds, indeed, but they are out there.

Timing is everything when it comes to picking up an abdicated classic. For example, when the owner of a hidden ride is in front of the house doing yardwork or other maintenance, that's a good time to walk by and start up a friendly conversation about something other than the potential treasure down the driveway (it's best not to sound too anxious), then ease into inquiring about the covered car you "just happened" to notice.

Always refrain from knocking on someone's door to ask about the car you scoped from the street. This could risk putting the owner in a defensive mode as he finds your visual trespassing unwelcome. The last thing you want is for the owner to move the car completely out of sight. At that point you'll have no chance of getting anything from that hoarder.

Then there is the rare instance of unintentional mobile stalking. An example of this is the "unicorn" I've seen driving around town for the past five or so years that always seems to be going in the opposite direction than me. It's a Frost Green w/dark-green vinyl roof 1969 Camaro with original California black plates, stock hubcaps, what appears to be original paint, and looks totally unmolested. I have no idea if it's a six-cylinder or a V-8 car because I haven't heard it run. Driven by a white-haired woman who appears to be in her 70s, I imagine her as being the original owner; the car always garage-kept; it has never been in an accident; and she has neatly kept maintenance records of every oil change, tune-up, and tire rotation over its 50-plus years of existence.

Just once I want to catch the Camaro sitting still so I can see if it's in as good of shape as it has appeared in my limited sightings. Until then I still plan to take a detour on the way home from wherever I am to keep an eye on that C10 pickup. And you never know, I may just come across that elusive Frost Green '69 Camaro right when the owner is finally ready to rid herself from the burden of driving a 50-plus-year-old "clunker." Yes, I know it's highly unlikely, but one can still hope.

So, my car-stalking habit has yet to get me a good deal (or any deal) on a classic ride, but if there is any truth to "the hunt being more thrilling than the catch," then this hunting with no harvest is quite exciting. Yeah, I'll keep telling myself that.

If you have a car-stalking story to share, successful or not, we'd like to hear about it.

Do you still think coming across a rare muscle car is a thing of the past? Keep in mind this 1970 Camaro Z28 was found sitting in a barn a few years ago, and had been dormant since 1977. Yep, they are still out there.