Bashed Bowties: The Concours to Super Sport, Don’t Be Fooled 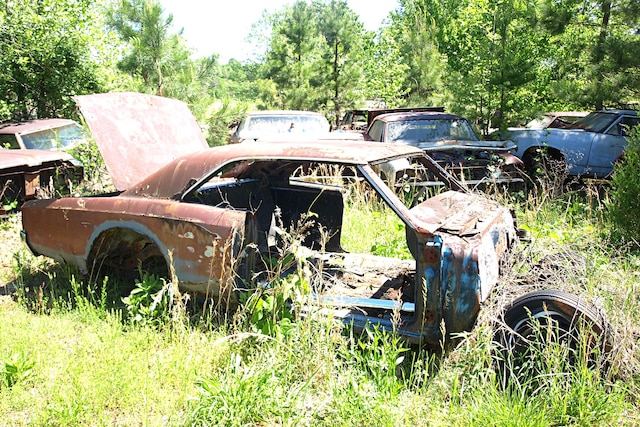 Greetings Chevy High Performance readers, and welcome to the debut installment of Bashed Bowties. Each month this column will present images and stories of rare, special, unusual, and shocking Chevrolet discoveries found in junkyards all over the country by your author Steve Magnante.

Readers of Car Craft magazine will recognize the format—and author—from CC's monthly Junkyard Crawl column, which has been active for over a decade. Naturally, here in Chevy High Performance we'll restrict our coverage strictly to Chevrolet products.

And while we usually share contact information for the junkyards we visit (when appropriate), Bashed Bowties is not a dating service. It'll be up to you to discover whether featured vehicles are for sale or not.

And finally, for those Chevy High Performance readers who subscribe to MotorTrend on Demand or watch MotorTrend TV, be sure to tune in to Roadkill's Junkyard Gold. That's where we bring the junkyard discovery process to life with moving pictures and sound in a half-hour formatted television show that's made fresh every month, just for you.

In this inaugural Bashed Bowties, we're in Shelby, North Carolina, at Sundell Auto Specialties (704.434.6759) taking a look at Chevy's foot soldier of the supercar '60s: the Chevelle SS396. But don't be led astray by the Concours. Read the captions and you'll understand.

About the Author: Steve Magnante has been a full-time automotive journalist since 1991 and is the author of several books on junkyards, building altered wheelbase match-race replicas, and muscle car trivia. He is a TV vehicle commentator for the Barrett-Jackson collector car auctions and is the host of Roadkill's Junkyard Gold, both on MotorTrend TV.

Nailing down exactly which big-block was factory installed in a 1966-'71 SS is impossible without legitimate paperwork (window sticker, sales documents, etc.). But at least verifying SS396 muscle car status is as easy as checking the style code (ST) for a 138 prefix. Here, the 13817 style code proves this is an SS396 hardtop. A convertible SS396 (only 5,429 built) would show 13867. Over the years, SS hunters have learned to just look for the 138. But there's a trap, which we'll see in a moment.

For one final year, the 138-style code prefix was used to designate 1968 Chevelle SS396 muscle cars. In a move that has opened the door to swarms of SS396 clones and tributes, in 1969 Chevrolet dropped the SS396 as a stand-alone Chevelle model and packaged the major SS396 goodies into option group Z25. For an extra $347.60, buyers still got the 396 big-block (in one of three levels of potency), heavy-duty suspension, high-capacity cooling, and external plumage. The big change was the loss of style code prefix 138. Instead, any SS396 shared its 138 VIN and style code prefix with any V-8-powered Chevelle passenger car—including hum-drum low-performance small-blocks. So, from 1969 through 1971, SS396 and SS454 shoppers rely mainly on paper to verify their discoveries. It is a mine field.

We wish we could say this 1968 Concours station wagon was packing factory 396 power. The fact is, in 1968, Chevrolet restricted the 396 exclusively to Chevelle Super Sports—including the one-year-only El Camino SS396 muscle hauler. The 350 small-block was the hottest V-8 offered in the Concours wagon. But every 1968-'71 Concours station wagon did share one critical detail with the 1966-'68 Chevelle SS396. And it wasn't the engine.

For reasons unknown, Chevrolet assigned the 1968-'71 Concours wagon with a style code starting with 138. Here, on this 1968 model, we see the full style code reads 13835. With all the fuss made over "real 138 cars," it becomes important to read all five numbers of the style code. The first three are only the tip of the iceberg. It isn't so common in the modern computer age, but in earlier times more than a few Concours station wagons had their VIN tags swapped onto six cylinder and small-block Chevelle hardtops for a quick and dirty SS396 makeover.

We love faded muscle car plumage. Here, the missing remains of this 1967 SS396's metal quarter-panel emblems reveal mounting pin holes that were filled on a frantic assembly line five decades ago. Chevelle SS396 sales dropped from 72,272 to 63,006 in 1967 as the midsize muscle car marketplace filled up with newcomers from competing makes—and large numbers of eligible buyers got sent to Vietnam.

The original paint and remnants of the RPO D96 Wide Side Stripe on this 1969 SS396 hardtop confirm its big-block status. Being a '69, its 13837 style code and VIN sequence are shared by 307 and 350 small-block-powered economy models. After paint stripping and mediablasting of the body, these vital clues disappear and suspicion grows. 1969 was the only year the RPO Z25 SS396 package could be had on a Chevelle 300 Deluxe pillar coupe.

If you are one of the many who claim the mighty 396 big-block only came with a four-barrel carburetor, think again. While the vast majority of 396s—and 402s—were factory fitted with Holley or Rochester four-barrel carburetors, in 1969, Chevrolet released the seldom-seen L66, a one-year-wonder 396 topped by a single Rochester two-jet carburetor. Marketed as the V-8 for buyers who demanded the torque of a big-block with the efficiency of a small-block, the L66 was rated at 265 horsepower and had unique 9.0:1 pistons—a full point lower than any other 396. We found this one in a 1969 Impala four-door sedan. Never say never!