In the real world, enough power is often quite a bit less than you actually want

Learning to live with what is often more than enough 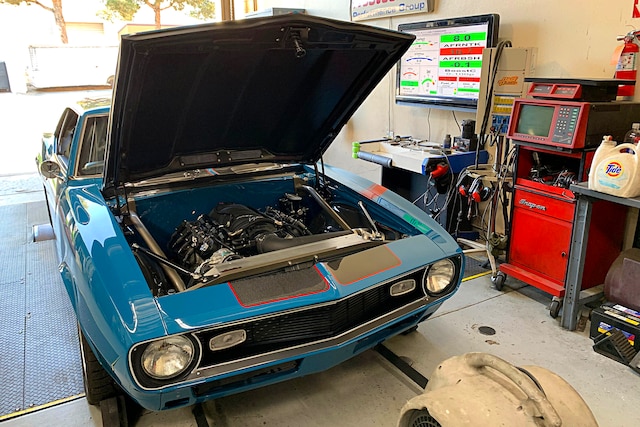 Maybe I'm getting old, but I'm starting to figure out that it's sometimes better to have less power than you actually want. OK, yeah, we all want 1,000 horsepower, and once in motion it can be a blast. Well, more like a burnout, but let's get real for a moment. Five-hundred-wheel hp in any car is enough to get into some serious trouble and at the same time have a serious amount of fun.

This small epiphany came to me when we were dyno tuning our '68 Camaro project Track Rat. Kitted out with a 440-inch RHS LS mill, it ended up making 558 hp to the tires. A friend that was there opined that with a larger cam it could have come closer to 600. Why? I mean seriously, with 558 hp and an equal amount of torque there was little chance I could hook it up even riding on sticky Falken RT615K+ rubber. So what would that extra 42 hp from the more aggressive stick get me? Let me tell you what it would get me, a headache inducing idle that would be awful to drive in traffic. It would get me cam surge at anything under 20 mph. The performance gain wouldn't be worth the parking-lot bragging rights that saying "Yeah, it makes 600 to the tires" would be.

I know this because I've been there, done that, and have the T-shirt. I've had cars that were a joy to drive, but in my quest for faster laps and higher trap speeds, I just kept adding more power until the car lost what made it so fun to cruise. Sure, it was a beast on the track, but on the street it cussed you out anytime it was under 20 mph. Another friend of mine almost seemed embarrassed that his car made 400 hp. I know in our world that's considered a low number these days, but how many factory cars make over 400 hp, even in 2019? The answer is not many and 12 years ago you would be near the top of the heap performance wise. So, while it's cool to aspire to big power numbers just know that there's a lot of fun to be had with numbers that are a bit lower than you might be making. Resist the urge to chase numbers just for the sake of "it sounds cool" and instead think of power numbers that will make your Chevy fun for how you intend to drive it. As you get older you'll find, like I did, that it's worth losing a little power for better street manners.