2020 Corvette Has a Lot of Heritage Behind It 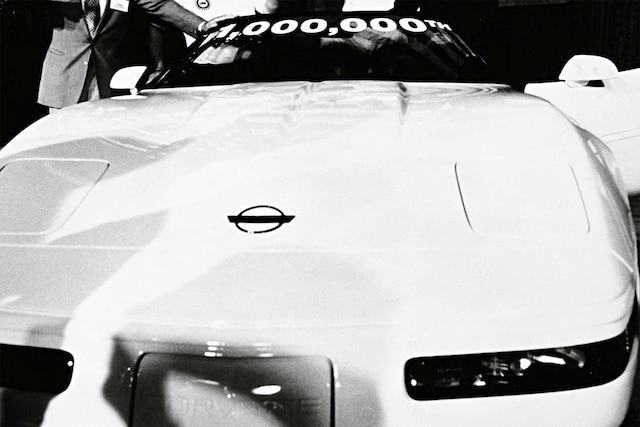 It's literally days before the big reveal of the 2020 Corvette. A handful of invited guests will (or have by the time you read this) have driven up to the old El Toro Lighter Than Air Base (helicopter station) gate on Warner Ave. From there we will walk through the enormous doors that mark Hangar 2. Held away from prying eyes, the evening event should be very exciting even if there will be no driving of the new mid-engine, but there will be lots of looking.

In the interim, enough is enough. I have seen, read and watched every video on planet earth over the past few years regarding the breakthrough mid-engine Corvette. And, lest there be any doubt, this new Corvette will be ground breaking in many areas. The public will immediately go crazy and for a short period—let's call it the "honeymoon"—will be infatuated, as always, then life and reality will set in. As soon as some of the cars get into the hands of real people and, of course, us magazine types all the good, bad and ugly will be exposed and then the real Corvette will emerge.

This has forced me to sit down and catch my breath and realize I still have a week to go before I get to get all giggly about the new Corvette. It has caused me to think back on other milestones in the history of the Corvette.

Clearly, the day the Corvette was introduced will always hold the place of honor but the introduction of the Sting Ray (spelled as two words, which is the proper way Sting Ray should always be used!) shook the automotive world to its foundation. But there have been others.

I, personally, had the good fortune to be present in late November 1982 at Riverside Raceway when the 1983-turned-1984 Corvette was introduced. I was fortunate to drive an '83 that would become an '84 before being released to the public.

But what about other milestones? The 250,000th Corvette was a 1969 convertible in Riverside Gold with a black interior and powered by a small-block and four-speed. It was built on the 19th of November in 1969 in the St. Louis, Missouri, plant.

For the record, there were 265,946 convertibles and 734,054 coupes produced allowing Corvette to arrive at its 1,000,000th offspring. The 1-millionth Corvette is arguably the most famous of all the milestone Corvettes. It has lead an interesting and a one-of-a-kind life. It was the summer of the 40th anniversary of the Corvette. Come July 2nd at the Bowling Green plant, a 1992 white convertible with black canvas top, red leather interior and LT1 power became a truly significant milestone car. (This was also the time that Corvette Chief Engineer Dave McLellan would wrap up his 33-year career; only the second man in Corvette's "lifetime" to have held the position.) The 1-millionth would begin experiencing the glamorous life as a permanent collector car being ushered on tours and then spend the remainder of its life at the National Corvette Museum (nearby from the very assembly line it rolled off). Then the unexpected happened, but more on that later.

While the other milestone Corvettes are privately owned, the closest any of us would come to owning the 1-millionth would be the 999,999th Corvette exactly the same in every way. It was raffled off at $5 a ticket or 5 for $20. It was in September of 1993 the car was awarded to its winner. You could buy the tickets by sending a check to the NCM or by purchasing the tickets directly from the traveling display of the 1-millionth Corvette, which was on display along with a '53 Corvette. Remember, this was the summer of the Corvette's 40th anniversary.

Remember when I said we would get back to the unexpected? Well, the unexpected happened on Wednesday, February 12, 2014, when a sinkhole claimed a number of collectible Corvettes. It was March 3, 2014, when the 2009 Blue Devil ZR1 was the first Corvette to be recovered from the sinkhole calamity at the NCM. The Mallett Corvette and 1.5-millionth Corvette were the last cars pulled from the sinkhole on April 3rd and 9th, respectively. Other than those mentioned previously, the 45-by-60 feet wide and 30-foot deep sinkhole took a 1993 ZR-1 Spyder, 1962 Corvette, 1984 PPG Pace Car, 1992 1-millionth Corvette and a 40th Anniversary model. Yep, our 1-millionth Corvette was literally swallowed up by Mother Nature!

There's another story to be told about the restoration process of our 1,000,000th Corvette. We all should realize how special our Corvettes are and among them there are those that stand out. Here's hoping the 2,000,000th Corvette is everything it should be and we hope it will be. Vette