The Future of Hot Rodding is in Good Hands

Preservation of the muscle car game 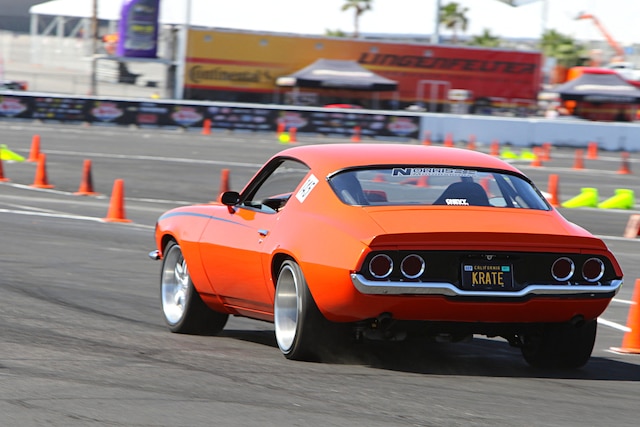 Every once in a while I get to thinking about the muscle car world and wonder if it's thriving, leveling off, or in a decline. According to a majority of the aftermarket companies I deal with on a regular basis they tell me, "business is great." In fact, on a recent visit to Art Morrison Enterprises in Fife, Washington, Craig Morrison informed me that they've been shipping out more chassis than ever. That's great news for them, and for the industry as a whole. While at the MPMC (Motorsports Parts Manufacturers Council) conference a few months back, I spoke with a good number of aftermarket company representatives who were excited to talk about their new product development strategies and how they are also improving on their existing hot rod and muscle car parts. It's to the point now where the companies that have been in the game for a while are tweaking their current products while also expanding their part numbers to cover even more applications.

At some point you'd think that just about every classic muscle car owner has upgraded their ride in one way or another, but as quality improves and engineering continues to expand, many automotive enthusiasts want parts developed with the latest technology on their car. We're not talking "snake oil" here, either. The more forward-thinking suspension companies are creating some super-high-tech components designed to make just about any muscle car handle as good as, if not better, than a modern supercar. Whether it's shock absorbers or full independent rearends, the engineering that goes into these parts is off the charts and we enthusiasts benefit from the improved ride quality and overall functionality.

Thanks to ample horsepower and performance-enhanced suspension components provided by the aftermarket, this is what a Sunday drive looks like in Orange Krate, our 1971 Camaro project car.

The same goes for engines. There is certainly no shortage of lighter, better, and stronger parts being developed to get your car to the next level of performance and longevity.

So, if you are looking to keep up with the Joneses, you better have your eye on the ball or you could get left in a cloud of tire smoke. With so many new products being developed at what seems like a daily basis, there is basically no limit to what can be done to shave time off your autocross or quarter-mile numbers.

So, with all indications pointing to an industry today that is running on all cylinders, it's a great time to be into muscle cars, early- or late-model. My only concern is whether or not the next generation of hot rodders carry the same enthusiasm toward muscle cars while possessing the financial means to carry the proverbial torch.

Think about it; these days it's rare to see a high school kid driving around the neighborhood in a first-gen Camaro or wrenching on a vintage ride in his garage like many of us did back in the 1970s and '80s. The high cost of these cars today has sent the younger performance enthusiasts over to the import market where a used '90's-era Acura, Nissan, or Toyota is more up their financial alley. And with plenty of support from the import aftermarket, performance exhaust, intakes, heads, cams, power-adders, and suspension upgrades are all available for those wanting to modify their rides. The cars may look and sound different from the old-school muscle cars most of us are accustomed to, but the spirit is the same.

Just remember those car owners are hot rodders, too—cut from the same cloth as us, with only a slight variance in stitching. So, the next time you pull up next to a guy or gal in a hopped-up Japanese import, give a casual two-finger wave or a respectful nod, and if you must, go ahead and smoke them off the line just to remind them that V-8 power still rules.