Engineering wonders, once only seen in modern cars, are working their way into our classics 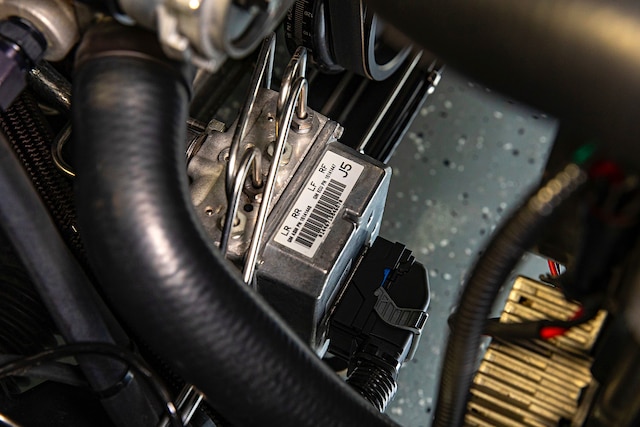 I was cruising my wagon to an autocross the other day to test out a new high-tech widget when I realized how much high-tech gear has migrated from modern cars to our classic Chevys. Now, I’m not talking about things like power windows and air conditioning. While today’s stuff is better, those are items that existed back in the muscle car heyday. I’m talking about things that weren’t even on the radar when our classics first rolled off the assembly line 40-plus years ago.

I’m most amazed by antilock brake systems (ABS). This is a technology that first showed up on high-end vehicles and eventually became standard equipment on everything. And while these systems are complicated, they are finding their way into more than a few Pro Touring builds, making them not only faster around a racetrack but safer as well.

But, as I said, I was struck by this when cruising my ’71 Chevelle. There I was, cruising at 65 mph (maybe a bit faster, but I’m not admitting to anything) with my double-overdrive Magnum transmission. Turning under 2,000 rpm I was most likely knocking down over 20 mph thanks to my modern EFI fed LS mill. Listening to satellite radio and working my way through SoCal traffic with my GPS system. All technologies that were either barely in their infancy or not even envisioned yet when my Chevelle rolled of the assembly line.

Several years ago Chevrolet started installing performance data recorders (PDR) on their track-ready Camaros and Corvettes. With this tool you could data log your lap sessions and, in theory, use this info to up your driving game. Bleeding edge tech for sure, but it wasn’t long before this same technology started trickling down to our classics.

I was heading to the autocross (big thanks to www.racingbyrds.com for letting me slide in for a few laps) to test a new compact track data logger from Racepak. The Vantage CL1 let me review my laps, see how many g’s the big wagon was pulling in the curves (over 1 g – go figure) and figure out where I was giving up time, just like the whiz-bang PDR from Chevrolet. It was yet another modern technological wonder that is now available. With so much tech available, we can easily enjoy our vintage rides without giving up many of the 21st century wonders available today.

Look under the hood of a higher-end Pro Touring ride and you’re likely to find an ABS module plumbed into the brake system.

The Racepak Vantage CL1 is a pretty cool piece of high-tech track kit. It sends track data, via Bluetooth, to a phone were everything from vehicle speed and to lateral g, to engine vitals can be tracked and data logged. It even maps out the course.