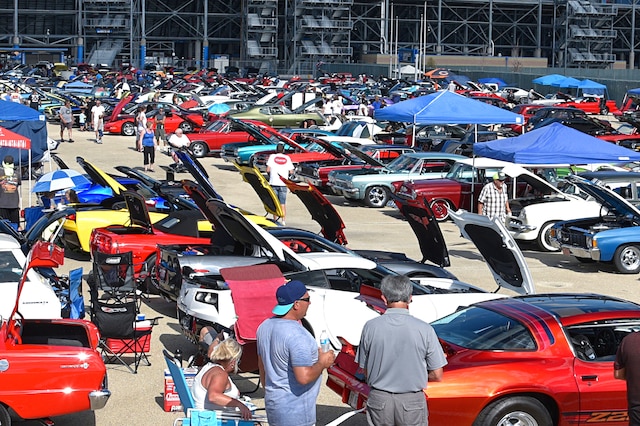 Well, if you’re reading this on paper then spring has officially sprung, the weather is warming up and it’s time to break your Chevy out of its hibernation and get it back on the road where it belongs (unless you live out west where we just skip the winter season). If this is in pixel form then spring is rapidly approaching. It also means that the car event season is starting to ramp up.

For some, the car season means track time: autocross, road course, or drag race, it really doesn’t matter. For them it’s about spring swaps, fresh tires, fluid changes, and dialing in their rides. The anticipation of that first driving event for the year is awesome, and with scores of driving events from the Optima Ultimate Street Car series and Holley LS Fest to drag racing at a Super Chevy Show, it’s easy to find a place to truly enjoy your Chevy the way God intended.

For others, the warming weather is their cue to start waxing, polishing, and tuning up their rides for all of the car show action going on. Namely, the Original Super Chevy Shows that have nine events scattered across the country this year. The series starts when it rolls into Memphis International Raceway on April 5th and finishes up in sunny Southern California at the Auto Club Speedway on November 2nd. Yep, you read that right, the Super Chevy Show series is coming back to the West Coast after being absent for many years!

Now, this is my stomping ground and I grew up going to Super Chevy Shows. When I was younger it was in my 1967 Camaro and later in my 2000 Camaro SS. I polished and preened, which resulted in a few wins and more than a couple of the class winner jackets. I wore the first one I won until it was just worn out. Instead of a trophy that gathered dust it’s actually useful, both to keep you warm and, let’s be honest, to let you show off at other events. I even have a few still hanging in the closet.

If you’re looking for an excuse to drive your Chevy, we’ve reintroduced our Happenings event department in the magazine and there’s a link to the Super Chevy schedule online at superchevy.com/show. Whatever you choose to do just make sure you enjoy driving and showing off your Chevy this season!