The little things in our hobby can get people really worked up, but in time we all just need to let it go

The little things in our hobby can get people really worked up, but in reality we all just need to let it go 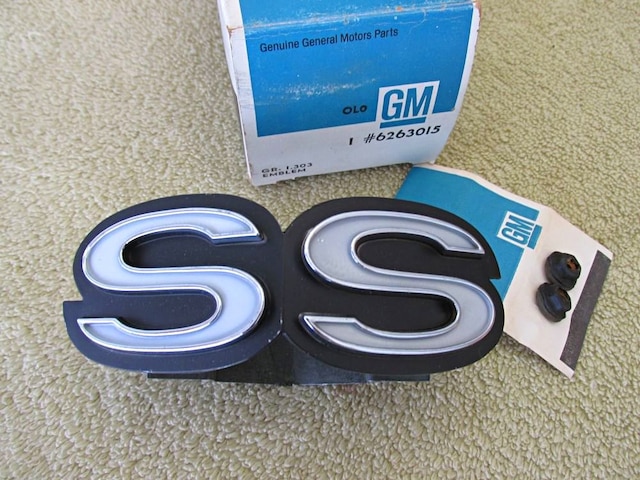 I was sitting down to write my editorial, which can be challenging at times, when my managing editor told me we had a slightly angry voicemail from a reader in Detroit named Dave. What got Dave worked up were the SS logos on some of the car we’ve featured, specifically the ones on the grilles. It seems that some of them are mounted upside down. Yep, some of you may not know it, but the classic SS logos, in many cases, are not symmetrical and indeed can be put on upside down. Now don’t feel bad, the difference is very subtle, but the bottom of the iconic font is a bit heavier compared to the top. It’s one of those things that’s often overlooked, but once seen it can’t be unseen. Hell, they are wrong on one fender of my wagon, but I’ve never gotten around to fixing it. Don’t worry Dave, your voicemail has moved the task right to the top of my to-do list.

Look close, stare a bit, and you will see that there is actually a top and a bottom to the iconic SS emblem. Of course, rumor has it that many cars left the factory with them on upside down.

Biases; we all have them. In Dave’s case it was mis-mounted emblems, but it can be just about anything. I have plenty myself, but over time I’ve come to terms that my way is not the only way, or even the best way. Well, sorta come to terms. At the top of my list are the fake brake rotors some people put over their drum brakes. Sometimes they are even drilled for an even higher performance look. I used to break into a cold sweat, now I just shake my head a bit and move on. If you have drum brakes don’t live in shame and do the combover equivalent of a “brake job” on your ride. Another one of my other pet peeves is the corrugated (often chrome) radiator hoses seen on so many cars. It just looks like dryer exhaust tubing to me. Hey, I know it’s easier than making up custom hoses or finding the right rubber hose, but your car deserves the extra effort. Then again, who am I to tell other car folks how to build their rides? Over the years I’ve decided that if they’re happy, then good for them! If they ask my opinion I will happily give it, but we all have different tastes, and budgets, so even if I cringe a bit on the inside I will still toss the guy a thumbs up. After all, I’m sure there are people out there whose pet peeve is a ’68 Camaro without front bumpers or 18-inch wheels with low-profile tires.
3/4

Look close and you will see the “heavier” side of my SS emblem is up top, so it’s installed upside down. It’s correct on the driver-side fender, so go figure. Thanks to Dave, I will be fixing this ASAP.

In short, we feel your pain about perceived automotive faux paus, but in the end this is fun and life is way too short to get worked up over what are, in the larger scheme, minor things. But, if you happen to be mounting up some new SS emblems, take a minute and make Dave a happier man.
4/4

My OCD makes me dislike clutter, so tons of wires puts me in a cold sweat. Add in the aforementioned corrugated upper radiator hose and I’m even less of fan. But, at the end of the day he’s happy, so I’m happy and I still think he has a pretty cool Chevy.