Was There Ever a Production Corvette Built With a Backseat?

Chillin’ in the back 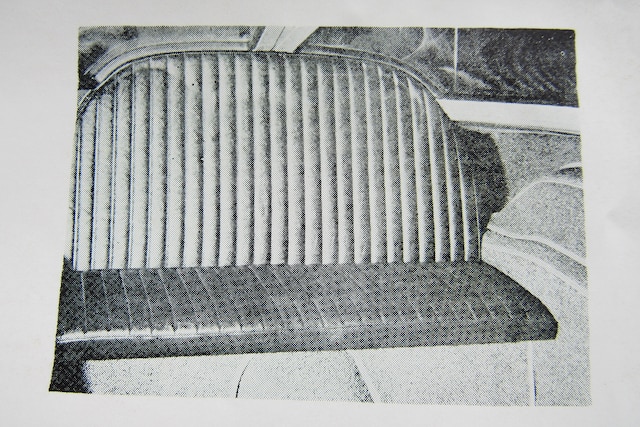 Q Hello. I have been in love with Corvettes and have desired to own one most of my life. Luckily, I was recently able to purchase my first Corvette: a blue 1992 C4.

I am writing to you in hope you can help settle an argument between a Corvette buddy and me. I told him about one of my first memories of riding in a Corvette. The story goes like this. As a child in Pennsylvania, the father of one of my friends had a 1964 Corvette coupe. I can remember riding in the backseat and looking up out of the large back window.

Well, that’s when my friend started laughing and called me crazy. He told me that there was never a Corvette produced with a backseat. All I can say is that I rode in a C2 Corvette with a backseat. Can you help settle this argument? Thanks,
Mark

A Mark, I hope I can help settle this argument for you. First of all, there has never been a production Corvette with a backseat. However, there were a few dealerships that offered an aftermarket backseat option for the C2 Corvettes. Also, in 1963 there was the prototype Corvette designed with a backseat but it was never released to the public.

The Dealer Option C2 Backseat
Some dealerships, such as Yenko Chevrolet in Canonsburg, Pennsylvania, offered an aftermarket backseat. Yenko advertised this as:
Three Kids In Your Sting Ray?
Custom Styled Jump Seat For The 1964 Sting Ray Coupe
$59.00 Complete Plus Postage

I have seen a Corvette with this backseat installed and there is a reason it is advertised to fit kids. There is no way that an adult could fit in this seat comfortably because there wouldn’t be any room for your head or shoulders.

The 1963 Sting Ray XP-720
The XP-720 4-Seat Corvette project was the brainchild of Chevrolet’s General Manager Ed Cole. The Ford Thunderbird had recently impacted the sales of Corvette and Ed Cole wanted to make sure General Motors was being competitive with Ford.

Larry Shinoda was to be the lead on this project and the prototype would need to have 6 to 10 inches added to the length of the vehicle, the roof would have to be raised, the rear window modified and the doors had to be lengthened. Making this C2 four-seater Corvette longer and taller than its two-seater counterpart.

As you know, this four-seater C2 Corvette was never produced. A story that I have been told is that General Motors Chairman Jack Gordon, after entering the backseat of the prototype, became stuck in the backseat. It seems that the front seat locked in place and would not release, so Jack could not get out of the vehicle until engineers unbolted the front seat to free Gordon. Soon after this Jack Gordon ended this project. I am not sure being stuck in the back was the tipping point that ended this project, but I personally am glad that the Corvette remained a two-seater.

Mark, there have been rumors over the years that the Corvette may become more than a two-seater vehicle. At one point the thought was to add a single backseat to the 1992 ZR-1 but luckily this also never made production. I hope this helps settle your argument, and I do believe you did ride in a C2 Corvette with a backseat, what a great memory. Vette