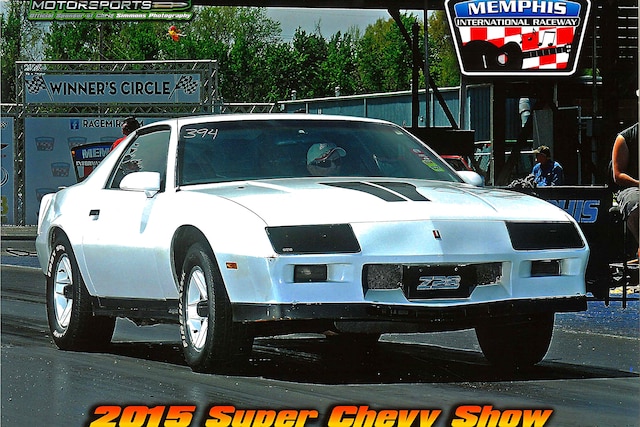 Brad Watson of Memphis, Tennessee, found his 1982 Camaro Z28 when he and buddy “Street” were in Holly Springs, Mississippi. It turns out that the Camaro was hiding a 1997-vintage 330hp LT1 and four-speed automatic under the hood. For the low, low price of $1,000, Brad feels that he “stole” it. We say he bought smartly; great job. After investing another $5,000 he went to Memphis International Raceway and clicked off some low 14s and high 13s. Sounds like this project is off to a solid start!

It’s easy to believe that this 1980 El Camino, owned by Roy Sumner of Myrtle Beach, South Carolina, is a head-turner throughout the local car show scene. The 100,000-mile plus Elco got a complete restoration after Roy bought it in 2016. The Fathom Blue paint is complemented perfectly with the Silver Racing stripe. We really like how the bed wood pops against the blue. The interior is bathed in leather: seats, door panels, and custom floor console. All the chrome is new, too: wheels, bumpers, moldings, and custom grille. Add it all up and it makes for one sweet ride.

Father and son projects are one of the pillars of our fantastic hobby. Jeffrey Rusaw Sr. (Oswego, New York) bought the 1971 Camaro Z28 to teach his 16-year-old son, Jeffrey Jr., how to do brakes, welding, bodywork, electrical, interior, etc. What Jeffery Sr. said was a basket case when he bought it, is now beaming with original code Cranberry Red paint and black stripes. The drivetrain is a 383/350 and a 10-bolt posi rearend with 3.73 gears. Jeffrey Jr. is now serving in the Air Force and when he turned 21 last year, his father handed him the keys. The Rusaws aimed high and scored a bullseye.

This second-gen 1971 Chevrolet Camaro is a track terror – check it out!