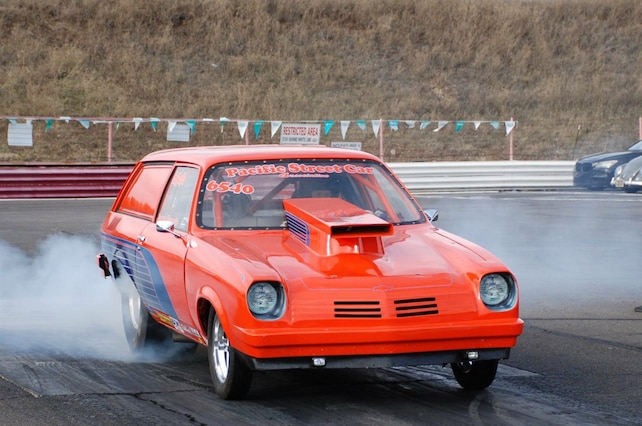 That’s right, this 9-second 1971 Chevy Vega Panel Express is the product of a high school student. Jason Brunelle, a senior at Eagle Point High School just outside of Medford, Oregon, bought the car when he was just 15 years old and has been working tirelessly on it since. His unique Chevy is powered by a built 427ci small-block making 750 hp and 685 lb-ft of torque and mated to a Dedenbear Ultra Glide two-speed Powerglide transmission. So far, his best run down the quarter is 9.78 seconds at 135 mph—not bad for an 18-year-old!

Todd Nelson of Rogers, Minnesota, had one goal in mind for his 1956 Chevy Bel Air, he wanted a cruiser. That being said, he dropped in a 350ci small-block and TH350 transmission for everyday driveability and Vintage Air A/C to keep him and his family cool. To get the look he wanted, Todd went for Sierra Gold with Adobe Beige two-tone paint and Billet Specialties Turbine wheels. Combine those with a nice, low stance from drop spindles, lowering springs, and lowering blocks and you’ve got one good looking Tri-Five cruiser.

This show-quality and dragstrip-capable 1966 Chevy II Nova is the product of a husband and wife team build. Matt and Meg out of Hollis, Maine, worked together on their Nova over the past decade to build it into a 7,000-rpm showstopper. The car was originally a six-cylinder stocker, but over the past 10 years the couple built and installed a 10:1-compression 327ci small-block along with a Hurst floor-shifted Turbo 350. Out back, they upped the rearend to 4.11 gears and a limited-slip.