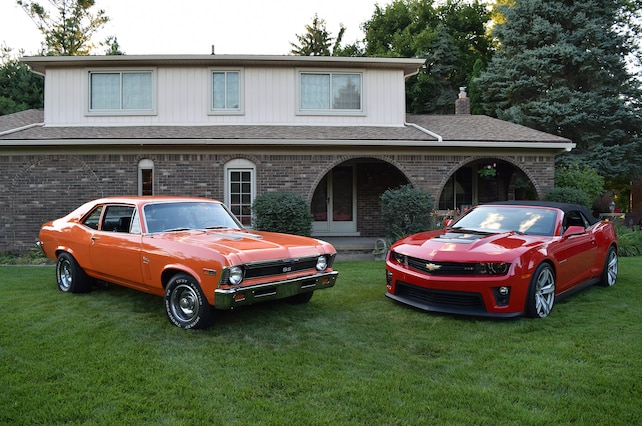 Rick Giffin of Washington Township, Michigan, has been the lucky owner of these muscle cars since the day they each left the showroom floor. He purchased the ’69 Nova SS in Detroit fresh off the line with a 350ci small-block that he recently swapped for a 450-horse Chevrolet Performance ZZ383 crate engine. The Camaro ZL1 came into the picture back in 2013, and based on the precedent set by the Nova we can assume it will be sticking around for a while, too.

The dream of every classic Bowtie lover is to find an unmolested 1960’s Chevy that’s been sheltered from the elements and is ripe for the picking. As luck would have it, Steven Clark found this 1965 Chevelle Malibu hidden away in a barn back in 2011. It is a pristine example of a stock big-body Chevy with a 300hp/327ci engine and only 66,000 miles on the clock.

This is not your average third-gen Camaro—unless for some reason you consider an all-motor 1982 Camaro that runs a 10-second quarter-mile average. Bill Kirchenbauer of Southampton, New Jersey, used to practically keep his Z28 at Atco Dragway, making good use of his built 383ci small-block, TCI Automotive full manual Turbo 350 transmission, and 12-bolt with a full spool. Bill has recently retired the car to street duty but still gets a thrill every time he takes it out for a spin.