From the Archives: Corvette d’Elegance 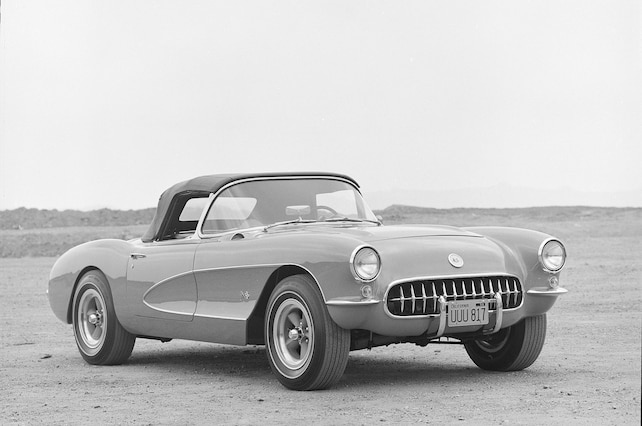 In the 1970s Hot Rod magazine regularly ran special Corvette-themed issues, usually with some variation of the words “Wild Street Vettes!” on the cover. The car that would accompany those cover lines was typically a Corvette that had been modified with widebody fenders that barely (if at all) covered huge tires, front and rear spoilers, massive side pipes, a psychedelic (or panel, or lace) paintjob—or all of the above.

So imagine our surprise when we found this tastefully modified 1957 roadster while leafing through the July 1974 Vette special. It belonged to “a TV producer from North Hollywood” named Stan Wrightsman, who “wanted to build a Concours d’Elegance winner but didn’t have the ready cash for a 300 SL Gullwing,” said HRM.

Instead, he “did the next best thing: He switched to the ’glassic ’57 Corvette and has been knocking ’em dead—three firsts, three seconds and one third in competition—ever since.”

The U.S. Mags five-spokes mounting Delta G70-15s are the most obvious alteration to what otherwise looks like a very stock car. And, in fact, Stan had a set of standard wheels with whitewalls and hubcaps to mount for shows. But he also upgraded the chassis with “Gabriel and specially made Hellwigs [sway bars] for additional cornering, H-D Vette springs, Traction Masters and Vette ceramic linings.” The Venetian Red paint was sprayed on by “Pete the Painter,” Tony Nancy stitched the fresh Naugahyde “and good friend Dave O’Neil helped with assembling the engine,” said the magazine.

“It’s the Wrightsman way to go.”