Celebrating the 50th Anniversary of the 1967 Camaro 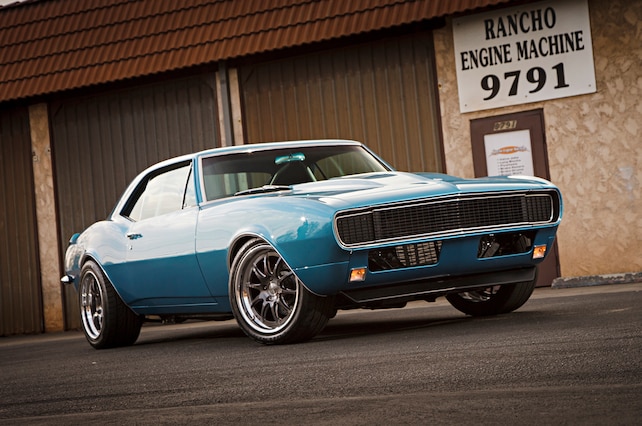 It’s hard to believe, but in 2017 the Camaro will have been around for half a century! And if you were born in 1967, get ready; you—along the Chevrolet Camaro—are heading straight into your 50s. The only difference between you and a nicely restored ’67 Camaro is that the car probably has a few less lines than us quinquagenarians. Yep, I’m right there with you.

And if that’s not crazy enough to think about, even crazier is the fact that us Camaro lovers can thank Ford for the Camaro’s existence. Yep, the success of the early Mustangs caught the attention of the top brass at GM and they couldn’t help but notice the popularity of Ford’s latest sporty compact car. GM thought they already had the answer to the Mustang since 1960 with the compact size and sporty shape of the Corvair, but it just didn’t have the same appeal to the younger demographic. They even thought about wrangling people in with the Chevy II, but it, too, lacked the attractiveness and sporty style of the Mustang.

GM engineers had to act fast if they wanted to compete for a chunk of that valuable market share that Ford was solely enjoying—they were already two years behind. Not only did GM have to move quickly, they had to create a car that featured superior handling, driveability, power, and quality; and it had to be affordable and have an attractive, sporty appearance—all the things that appealed to younger drivers. Easier said than done, right? Maybe so, but GM delivered—in a big way!

It was on June 29, 1966 when GM unveiled the 1967 Chevrolet Camaro to 150-200 members of the automotive press by way of 14 meeting rooms across the country via teleconference. It was also announced that the car would be introduced to the public on September 29, 1966.

Needless to say, the 1967 Camaro marked the beginning of a long, successful run of what has arguably become the most popular American-made muscle car ever.

So to celebrate the 50th Anniversary of the Camaro, we’ve gathered up a collection of the coolest 1967 Camaros we’ve ever featured over the years in print and online in one huge pictorial. We’ve even included a wide variety of engines that power these incredible, classic rides.

Highly modified from bumper to bumper, this big-block 1967 Camaro combines the best parts of Pro Street and Pro Touring into one badass ride.