Check Out the Coolest Second-Gen Camaros on the Internet

Second Coming: We share our favorite second-gen Camaros from the past and present 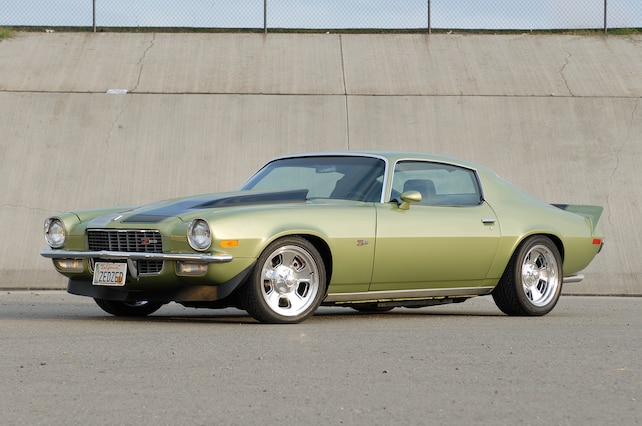 When General Motors released its second incarnation of the hugely popular Camaro in February 1970, the styling and engineering changes, in comparison to the first-gen, were quite extensive. The first-gen Camaro was developed in reaction to combat what Ford had going on with the highly successful Mustang. To save money and get the car on the road as quickly as possible, a good chunk of the technology was off-the-shelf Chevy II engineered parts.

Having a little more time to engineer the second-gen Camaro, Bill Mitchell and his mighty design crew had the vision of going with a sporty and glamorous, European approach to the Camaro with more power and handling than the previous-generation Camaro.

What they came up with was a car that was longer, lower, and wider than the 1967-’69 models. Although the wheelbase remained the same, the car was 2 inches longer, 1-inch lower, and about 2 inches wider. This amazingly stylish design was like no other American muscle car on the market, giving it a look all its own. And with the wide range of engine offerings, the early 1970’s Camaro was leaps and bounds above the previous version and was the finest-handling American car out there … well, besides the Corvette.

Today, the ’69 Camaro is arguably the pinnacle of classic American muscle, but there are those of us who consider the early second-gen Camaro as the car of choice when it comes to turning a run-of-the-mill muscle car into absolute badassery.

So, we’ve gone to the far reaches of our hard drives to dig up some dusty folders containing some of the coolest second-gen Camaros we’ve featured. Some are older car features from years ago, while others you may recognize having been recently featured in Chevy High Performance magazine and on chevyhiperformance.com.

Most of the second-gens here are from the early years (1970-1973), but we were also able to dig up a few later-model second-gens as well.

Feel free to pass along this link to friends you think will enjoy this incredible gallery featuring coolest second-gen Camaros on the Internet.