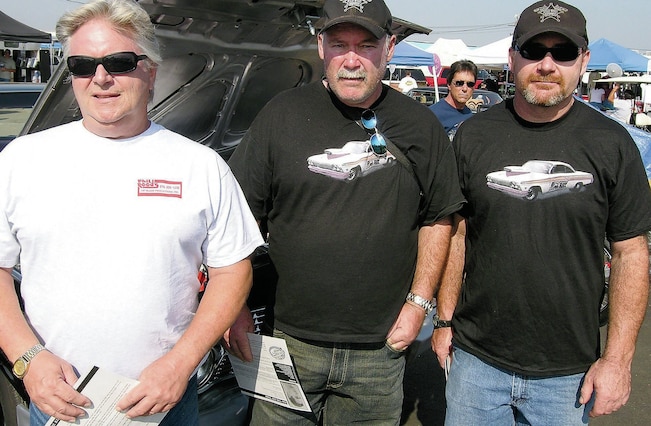 When you think about Chevrolet’s torrid performance and sales in the half-decade from 1965-’70, you should also recall how neat the Chevy II, Chevelle, Corvette, and the fullsize models were. We won’t even throw in the ’67-up Camaros (not just yet anyway). With dozens of performance and dress-up options available for these new models, it was pretty easy to take it all for granted. Lots of us back then thought these great times would never slow down. Well, they did. Strong sales interest rebounded decades later under the term “nostalgia,” and here we are today.

For those who could not afford a brand-new or slightly used Chevrolet back then, there were plenty more older models available—plus an automotive aftermarket itching to sell a plethora of V-8 performance and custom dress-up goodies. Thankfully, it continues to this very day.

During this same time period, a lot of today’s sharpest racers, builders, and enthusiasts first cut their teeth on V-8 Chevrolet performance. We truly owe Chevrolet engineers and the marketers a huge “thumbs up” for creating all the great things. Group it all together and it’s like a Chevrolet Gatling gun shooting out each model with a zillion RPOs. The bang of newly created and continuing Chevy models with select RPOs is still going strong today.

Said to be the very first to special-order a dealer-only, 1965 RPO Z16 Malibu SS396, Farmington, Illinois’ Jerry Huffman took me for a ride to show me how high his Z16’s front end would come up on his First-gear launch. I snapped this real high-up photo as proof.

Gary Jesperson (left) and Jack Gibbs (center) have been into fast Chevys for over 50 years. Gary is a builder/painter and owns the Prehistoric Rat ’62 Bel Air 409 drag car. Jack raced a new ’63 409 in Virginia. He has owned 409 Chevy Performance in Willows, California, for two decades. His son, Sean is to his right.