Passions And Peeves - Bumpin' In 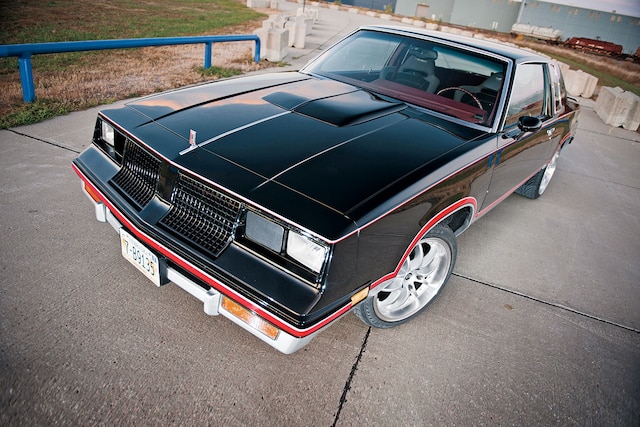 I’ve been in this hobby, at some capacity, pretty much my whole life. I’ve seen trends and car clubs come and go, shops open and close, and self-proclaimed “local legends” rise to glory and then quickly fall off the face of the Earth. I still remember when Turbo Buicks were new, and when Mustang GTs needed a supercharger to run 13s (wasn’t that long ago, actually).

Over the years, I’ve amassed a huge passion for cars, and have also learned a few things that have irked me. So what I’ve done is gathered a short list of my top automotive passions and peeves. See which ones you agree with.

Engine Swaps: Love ‘em. Particularly in something older; from the ’70s or ‘80s, when performance was at an all-time low. The blown, stroked, and AWD ’82 Cutlass from the last issue is a perfect example of that. The 307 ci. Olds ‘plant that came in that car from GM was OK for running errands, but not so brilliant when it came to creating and building power. Yank that anchor, and drop in some LS inspiration. Problem solved.

Pro-Touring: Again, more common with older cars, but taking something that wasn’t supposed to stop and handle, and making it into a car that can, is simply awesome. With today’s aftermarket support and technology, there are ’69 Camaros and Chevelles out there that can hang with today’s Corvettes and ZL1 Camaros—which, in all reality, is no easy feat. Give the same treatment to an ‘80s Camaro or Monte Carlo, and throw your buddy for a loop in his BMW M3. We need more of this.

Factory Support: I’m absolutely ecstatic that Chevy Performance has really upped its game in these last few years with over-the-counter go-fast parts. They have done a great job with offering crate engines and suspension pieces for some of their popular models in the past, but with ZL1 and Z/28 upgrades for the Camaro V-6 and SS, LS3 head and cam packages, killer crate engines, LSX short- and long-blocks, heavy-duty transmissions, cosmetic items, you name it, things are on a whole ‘nother level. I just wish we 4th-Gen owners had this support back in the day.

Wrenching: It’s therapeutic. Whether you want to see that project car finally finished, or you just feel like getting your mind off of things, working on your car is the best time you can possibly invest into an inanimate object. Call one of your car guy buddies to come over, open a 6-pack, listen to your favorite iTunes playlist, and kill a Saturday afternoon building memories. As a bonus, it gets your car that much closer to hitting the streets, show, or track.

The Term, “Modded”: Started by a group of teenagers and early 20-somethings on the internet several years ago as a way of informing others that their vehicles have modifications, or are modified, I can’t count how many times I’ve actually heard it in the flesh. Exhibit A:

“Does your car have any mods?”

Stop, don’t. It’s not a word, it sounds ridiculous, and it makes you sound like a poseur. Just don’t say it.

Cloning Vehicles: If your 4th-Gen Trans Am isn’t a WS6, don’t put a Ram Air hood on it, and then claim that is one. The lack of the WS6 badge, your 16-inch wheels, and the incorrect air box under the hood immediately gives it away. Plus, all we have to do is look inside the driver’s door (or glovebox on LT1 cars) to let the RPO decal reveal the truth. Then everyone will make fun of you. Modify, but don’t lie.

Parting out Perfectly Good Cars: I get it; you’ll make more cash parting out your worn, high-mileage ’98 Camaro SS that’s making a loud knocking noise under the hood, than you would if you sold the car outright. But these were fairly rare cars when they were new, they’re even more rare today, and being hugely passionate about them, I just sort of have a problem with it. I see younger owners parting out clean, maybe slightly flawed, SS Camaros, Firehawks, WS6s, etc., just because they bought it cheap, are in a huge hurry to sell, or couldn’t get what they wanted for it in less than a week of it being advertised. Yes, technically they’re intended to have fun with, but they’re also collector vehicles. If there’s something mechanically or cosmetically wrong with your car, just fix the thing. If you’re that impatient of a person, then you shouldn’t be anywhere near a car.

Bad Drivers: Driving in general really isn’t that complicated. While I admit I’m far from the textbook-style motorist your Driver’s Ed instructor said you should be, I’d like to think I’m better than most. Never in my years of driving have I ever pulled right in front of someone who was in an apparent rush, and then drive in front of them at 3 mph for six miles. Nor have I ever driven down the wrong side of the road, just missing oncoming traffic by a hair, and then look at the driver of the car in the opposing lane like they are the moron. I know that a green light means you are to cautiously continue through the intersection—not stop, stare, and think about what you want for lunch, all while talking on your mobile phone. No, you don’t have to slow down to 12 mph on the highway when a State Trooper has somebody pulled over. No, it isn’t necessary to ride your brakes and stare at the Corolla that’s broken down on the shoulder. Obviously, this really isn’t hobby driven, just relevant to those who have ever picked up a set of car keys. Enough said.

Hopefully this list amused you, and you may or may not agree with them. What are your passions and peeves, and how does this list compare to yours?

Mood lifting Product Preview: Don’t let the wear and tear of everyday life get you down, buy something exciting for your already exciting Corvette.

A photo-journey through a stash of abandoned SS396 Chevelles, with a station wagon surprise.