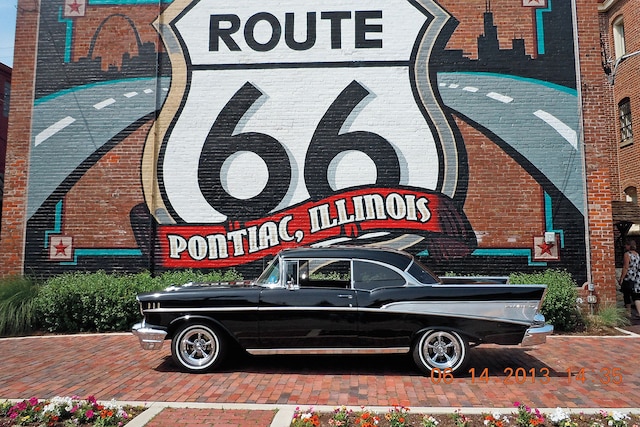 Quick Shot: Jeff picked up the '68 at the Pomona swap meet in 2002. He restored the F-body himself, and now cruises it on weekends. Among its factory options are tilt wheel, tick-tock-tach, and folding rear seat.

Quick Shot: This Bel Air was Roy's first car, bought new from Enoch Chevrolet in South Gate, California, in 1956. Back then, Roy told his friends he would keep the car till it fell apart. With an engine overhaul and new interior, the '56 is still going strong, as is Roy!

Quick Shot: Another one-owner Chevy, Dexter's only has 29,000 on the clock. The 1996 was the last year a white top and interior were available on the C4, and only 357 cars left Bowling Green painted in Bright Aqua Metallic, second only to Dark Purple Metallic for rarest color that year.

Quick Shot: You don't see very many Classic Copper '71 SS Chevelles around these days. Michael bought this at age 23, his first classic car, and in two years has racked up 4k miles driving it around Connecticut during the warm months. Restored in 1989, all Micheal has done is add a new exhaust.

Quick Shot: While on deployment to Afghanistan, Darrin's wife made him promise to save money to get something for himself upon returning. Darrin bought the SS clone with as a good driver with a built 400 in it. Future plans call for finding a correct 396 for the car, and some other work and improvements.

Quick Shot: This sport coupe was built for cruising. With a healthy 350, four-wheel discs, aftermarket seats and Vintage Air, driving from Illinois to Hot August Nights in Reno, or all the way to San Francisco in his '57 is no problem.