Tire Smoke And Tears In The Upper Midwest 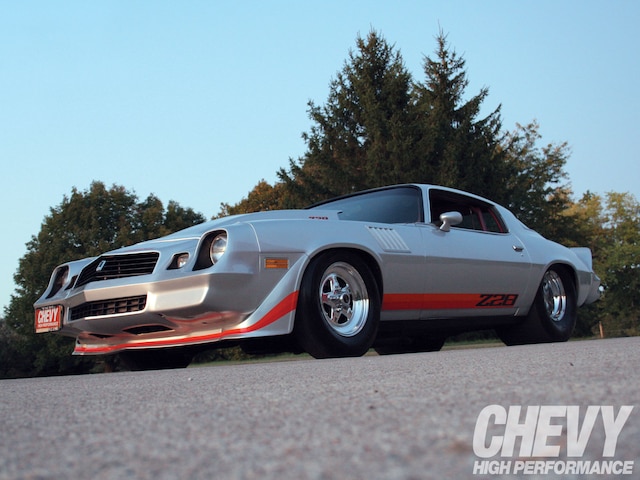 At one point, rubber bumper cars seemed to get little respect, no admiration. Like seedlings that never matured; kicked to the curb before they even had a chance. Not a problem for Mr. Tony Crisostomo, who finished this nearly a decade ago-after he cleared college, after he had a well-paying gig as an occupational therapist at Wisconsin's largest medical center.

Tony grew up inflamed by the street-race creed. He just wanted to do it ... and did, at the clandestine gatherings on Tower Road and other dusky venues webbing Waukesha. Concurrently, his vocation had shown him the human disaster wrought by cars that disintegrate at high speed. Duly noted, he thought, but I'm going to do it all the same.

"By the late '90s, I'd concocted the 540 and was running in the 10s. It was too fast and too dangerous to street race, let alone for the Midnight Races where some joker pulled a gun on us after a little too much smack talk." A little while later, "I raced at Union Grove, got paid to show up, win rounds, and have spectators falling all over it. Racer camaraderie is the highest, plus nobody pulls guns. Brian Hansen (www.10wideracing.com) made me famous nationwide in his videos. Still, I had this itch to drive it on the street."

Crisostomo began doing what a lot of us did in the '60s: drive our race cars on the street by following a tedious ritual. We changed the tires, shock settings, valve lash, ignition timing, jetting, swapped-out the pumpkin, stuff like that. "Every two or three weeks I change the combos out. Towards the end of the season, I just leave it in full race mode. I've been seen driving it around in December or at least until the snow flies.

"Last year, I used three barrels of race gas just cruising Waukesha and Milwaukee. I generally do a straight cruise for an hour and a half before I even shut the car off. That's if I drive nice. On race gas, my intention is to hammer it ... on back roads and then maybe a half-hour cruise. The Be Cool radiator, Meziere water pump, and MagnaFlow fuel pump can stand long cruises without overheating."

Yeah. How does he do that? It's back-halved with a four-link and a wishbone. Instead of mounts, it's got a motor plate. Narrowed rearend. Skinnies in front and BIG tires in back. Nitrous bottles where there used to be a rear seat, 12-point 'cage. Nah, Tony isn't trying to hide a thing. His drive-it-anywhere philosophy is the reason for a 10.5:1-compression ratio, a solid lifter camshaft, and a responsive 2,800-stall converter. The combination is tailored for race-gas terror as well as pump-gas civility. At the Grove, his 3,280-pounder has run 8.70 at 154 mph.

"Sure, the cops all know me," said Tony. "But not for what you're thinking. I cruise with race mufflers. Through them the car is thunderously loud ... and is usually followed by the police. If I behave, they don't bother me. They come to the burger stand and compliment me on the sound that the motor pushes out at 'idle.'

"Local shows are OK, but after an hour of standing around, I get a serious urge to hop in it and go 'til the sun goes down. It's nice to receive compliments from car show spectators but there's nothing better than driving it down the road."

Drivetrain
Tony used the best of everything for his 540, basing it on a granite-like Dart Pro cylinder case with a 4.50-inch bore. Motorsports Machining (Waukesha) did all the nipping and tucking under the sly eye of John Nader. Motorsports' Tim Jakus (himself a 10-wide racer) specified a Callies billet crankshaft (4.25-inch stroke), Oliver billet rods, and 10.5:1 Ross forgings wrapped with Childs & Albert rings. As if the combo wouldn't make enough of a racket by itself, Tony couldn't resist the nostalgic whine of a Pete Jackson geardrive. The big cog is connected to a Lunati solid roller (268/278 degrees at 0.050). Jakus capped the V-form with pocket-ported Dart aluminum castings set up with Chet Herbert valvesprings. The Comp 1.7:1 rocker arms wiggle less under the grip of a Comp stud girdle. On the bottom end, Jakus shielded the high-volume oil pump and pickup with a deep 7-quart Moroso sump. On the intake side, Jakus paired a Holley intake manifold with 1050 Dominator (covered by K&N) and put an NOS Cheater plate in between the two, just for personal protection you understand. Pyrotechnics zap from the MSD 6AL box and Pro Billet distributor set at 38 degrees total (with provision for pulling timing out when the nitrous begins its rampage). Hooker Super Comp headers feature 21/4-inch primaries and feed into scant and raspy Dynomax Race Magnum "mufflers." Torque transfer begins with a Turbo 400 built by Rick Tilke with FB Performance innards. It's fronted by a Dedenbear bellhousing, an FB trans brake, low gear kit (2.75, 1.57, 1.00:1), and reverse manual valvebody. A B&M Mega Shifter changes up gears and the transmission fluid is circulated through a B&M core. "When used with nitrous, that 2,800-rpm stall speed in conjunction with a trans-brake puts the motor at the bottom end of the power curve so the car reacts as if it had a 4,500-stall," said Tony. Grunt jams through a Mark Williams 4-inch diameter carbon-fiber prop shaft built by Tilke/Schaar Racing Transmission in nearby Milwaukee. At termination, there's a Strange Engineering Ultra Case, spool, 4.56:1 gearset, and 40-spline axles. Spool in a street-driven vehicle? "People have told me that driving with a spool is not cool because it's too hard to turn and too hard on the drivetrain. On cruise nights, I pull U-turns constantly and haven't had a single issue with it." Myth debunked.

Paint & Body
Jamie Gelting at Pesicek Auto Body in Oconomowoc, Wisconsin, smoothed the sheetmetal and applied the GM (code 15) Silver carrying a medium metallic flake. The '79 Z28 was the only model fitted with a spoiler that swept back to blend with the leading edge of the wheelwells. Jamie aligned the original orange stripes and then cleared them for a lasting impression. The hood is an Unlimited Fiberglass unit with a 6-inch cowl.

Chassis
"Once the 540 went in, the chassis became immediate junk," quipped Tony. He took his case to Gebhardt Pro Cars in Jacksonville, Illinois. Gebhardt fabbed him a 9-inch housing, appropriately narrowed to accommodate BIG tires, and put it up in the car with a four-link and wishbone setup. Pro Cars cinched motor to chassis with a plate, slipped in Herb Adams solid body mounts, and controlled body movement and centered the axlehousing with an antisway bar setup. The four-link brackets are heavy duty and have lots of adjustment holes for lots of setup options. Adjustable Koni and Afco shocks, front and rear, get the attitude right for either track or street. For that critical link between rubber and road, Mike Schaar installed rack steering tailored by Kim Smith.

Interior
Remember, this is a street car, not a racer. For the most part, the interior is intact but amended in areas critical to occupant well-being as well as for ease of maintenance. The 12-point 'cage also acts as the pick-up point for the safety harnesses that contrast nicely with the JAZ seats. Tony rewired the hog with a complete Painless loom and painstakingly inserted the Auto Meter gauges in the original dash. The rear "seats" were replaced with brackets for the nitrous bottles, sometimes in place, sometimes not. Tony removed the air conditioning to make the car lighter.

Check out this 1979 Chevrolet Camaro Z28 that has a 350ci engine with a 700-R4 transmission. Read more only at www.chevyhiperformance.com, the official website for Chevy High Performance Magazine!

Read all about our readers requests, featuring a 1979 Chevy Camaro that caught fire when installing a 770 Holley and much more. Only at www.chevyhiperformance.com, the official site for Chevy High Performance Magazine

Readers rides for this month include a 1979 Chevy Camaro Z28, a 1981 Malibu, a 1967 Malibu SS, a 1968 Camaro RS and finally a 1966 Impala SS. Only at www.chevyhiperformance.com, the official site for Chevy High Performance Magazine.