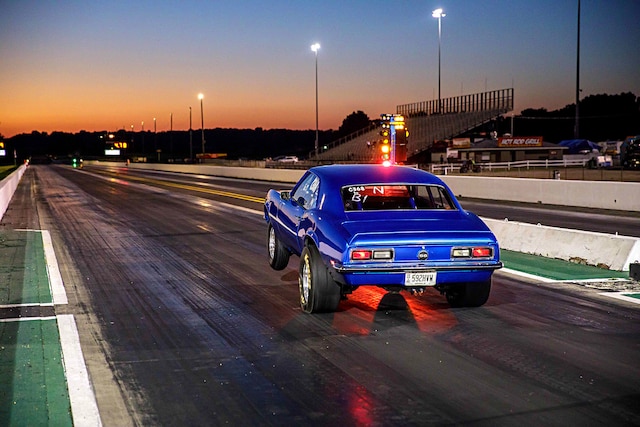 On Friday the cars got dialed in, but Saturday is when the real action started. Chevy powered rides from all over the area converged on National Trail Raceway in Hebron Ohio to throw down at one of the fastest tracks around! Up for stakes? Hundreds of dollars in prize money for the various brackets and, of course, a whole lot of bragging rights. Like all Super Chevy shows any Chevy powered ride could race, so it’s not odd to see a Mustang or Mopar in the mix, but for the most part GM bodied rides, both new and old, fought hard from early morning ‘till late in the night.

In addition to the drag action there was a huge National Parts Depot (NPD) sponsored car show going on to entertain the hundreds of spectators that came out to enjoy the day. A swap meet, exhibition jet cars, and even a wheelstander just added more eye candy to the day.

So what is the Super Chevy Show? Well, if you’re a Chevy fan it’s an event you don’t want to miss! The next Super Chevy show, the 6th of 8 shows this year, will take place August 19-20st at Maryland International Raceway in Mechanicsville, MD and, as always, it will have a car show, drag racing, exhibition cars, and a swap meet. To check out the complete 2017 event schedule, and find out more about what the show is all about, be sure to visit http://www.superchevy.com/events/super-chevy-show/ .