Chevys run hard at the US131 Super Chevy Show in Martin Michigan!

Drag race action at Friday’s test-and-tune session kicks things off for the third event of the 2017 season! 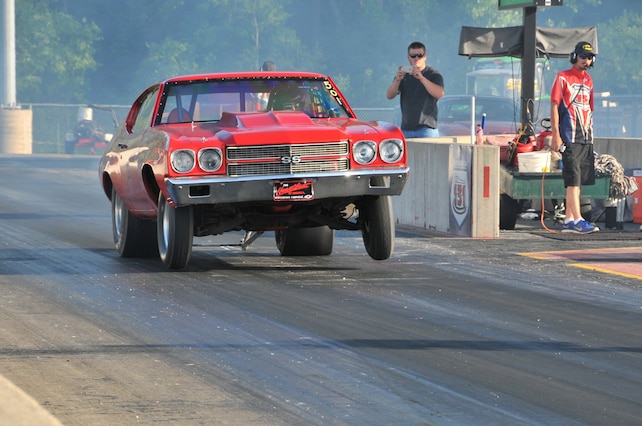 US 131, the fastest track in Michigan, isn’t a stranger to hosting Super Chevy shows, but this is the first year they’ve hosted the Original Super Chevy Show, so for us this is an inaugural event and we’re damn happy to be there! The two-day event kicked off hard on Friday with test-and-tune sessions so racers could dial in their cars for Saturday’s main event. Any car could run Friday for just 25 bucks and that’s what we call cheap fun! For Saturday, as always, the cars have to be GM powered, but on Friday anything could race for some of the prize money up for grabs.

Saturday will have a slew of drag racing classes including Junior Dragster where kids as young at 7 battle it out down the track. There’s also a huge car show with Jackets up for grabs for the best-of winners. Later in the day there will exhibition runs by a jet car and, a crowd favorite, a wheel stander!

So what is the Super Chevy Show? Well, if you’re a Chevy fan it’s an event you don’t want to miss! The next Super Chevy show will take place July 7th-8th at Cordova International Raceway in Cordova, IL, and as always it will have a car show, drag racing, exhibition cars, and a swap meet. After that the show moves back into the area to National Trail Raceway in Hebron, Ohio. To check out the complete 2017 event schedule, and find out more about what the show is all about, be sure to visit superchevy.com.

Martin
Chevys run hard at the US131 Super Chevy Show in Martin Michigan!