Grand Am Pro Racing - Writing The Next Chapter 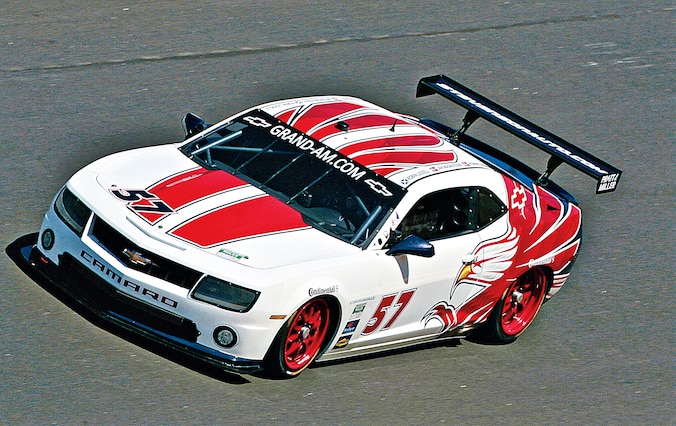 Circle track and drag racing tend to dominate today's motorsports news, but there is another form of competition in which today's Chevys are finding success—sports car racing. In 2011, both the Grand-Am and SCCA Pro Trans-Am series provided a venue that pitted Camaros against some of the world's best known (and most expensive) nameplates.

On the SCCA side, Chevrolet has had a distinguished history since 1966, particularly in the renowned Trans-Am series. Tony Ave of Maiden, North Carolina, won his second consecutive season title in Trans-Am at Road Atlanta's season finale in the #4 Lamers Racing/Beebe Racing/Optech/PME Corvette. At the same event, Amy Ruman became the first woman to win in Trans-Am's 45-year history while driving a Corvette. In the new Trans-Am TA2 class, Camaros dominated the series as Greg Rodgers won the season opener at Sebring in a 2011 Camaro. Despite breaking early on in the final race, Bob Stretch of Arlington, Texas, still won the season championship by nearly 200 points in his #98 Fix Rim Mobile Wheel Repair Camaro.